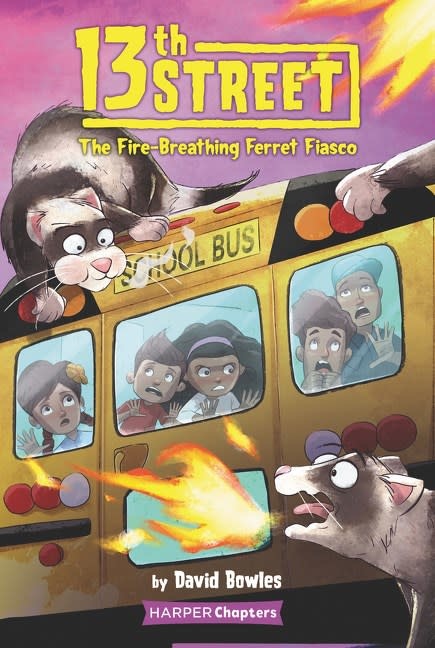 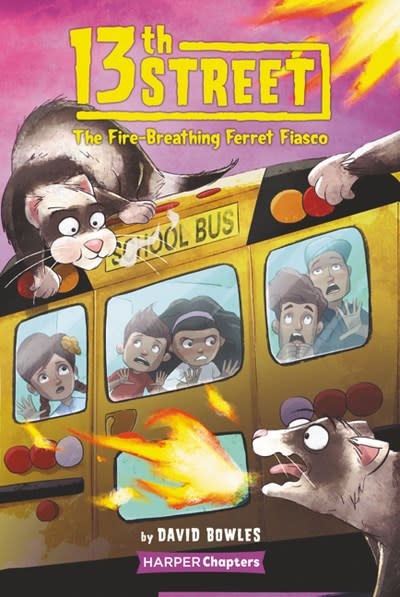 In the second book in the 13th Street series, Malia, Dante, and Ivan are headed to their first day of school when they’re transported to 13th Street and must face off against GIANT fire-breathing ferrets!

Cousins Dante, Malia, and Ivan are happy to be back in their hometown of Nopalitos. But then their school bus takes a wrong turn and they end up on 13th Street! There are new monsters to fight, but at least they have their friend Susana and their bus driver to help them. Will the gang ever make it to their first day of class?

David Bowles is the award-winning Mexican American author of They Call Me Güero and other titles for young readers. Because of his family’s roots in Mexico, he’s traveled all over that country studying creepy legends, exploring ancient ruins, and avoiding monsters (so far). He lives in Donna, TX.Largely self taught, Shane Clester has been a professional illustrator since 2005. Initially working in comics and storyboards, Shane has transitioned to his real passion—children’s books—even self-publishing several of his own. Shane currently lives in Florida with his wonderful wife and their two tots. When not illustrating, he can usually be found by his in-laws’ pool. You can visit him at: www.shaneclester.com.