Home » A Ballad of Love and Glory: A novel 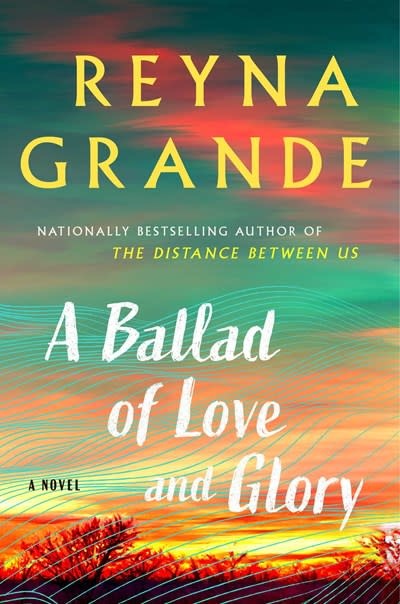 A Ballad of Love and Glory: A novel

A Long Petal of the Sea meets Cold Mountain in this sweeping historical saga following a Mexican army nurse and an Irish soldier who must fight, at first for their survival and then for their love, amidst the atrocity of the Mexican-American War—from the author of the “timely and riveting” (People) Across a Hundred Mountains and The Distance Between Us.

The life of Ximena, a gifted Mexican healer, is tragically upended in the spring of 1846 when the United States Army marches south to the Río Grande, provoking an unjust war with México. After her husband is killed by Texas Rangers, Ximena leaves her beloved ranch to serve her country’s cause, traveling as an army nurse from battlefield to battlefield.

Meanwhile, John Riley, an Irish immigrant in the US Army, has grown disillusioned by the brutal treatment of his fellow Irishmen at the hands of nativist officers. Risking death for desertion, he swims across the Río Grande to join the Mexican Army and lead the Saint Patrick’s Battalion, a company of American deserters determined to defend México against the northern invaders.

As the war intensifies, Ximena and John are drawn inexorably to each other but face an uncertain future together. Reyna Grande’s spellbinding tale, peopled by bold unforgettable characters and inspired by actual events, explores the conflicting meanings of courage, love and loyalty, while illuminating an unsung moment in history that continues to impact the US-México border to this day.

Reyna Grande is an award-winning author, motivational speaker, and writing teacher. As a girl, she crossed the US–México border to join her family in Los Angeles, a harrowing journey chronicled in The Distance Between Us, a National Book Critics Circle Award finalist. Her other books include the novels Across a Hundred Mountains and Dancing with Butterflies, and the memoirs The Distance Between Us: Young Reader’s Edition and A Dream Called Home. She lives in Woodland, California, with her husband and two children. Visit ReynaGrande.com for more information.