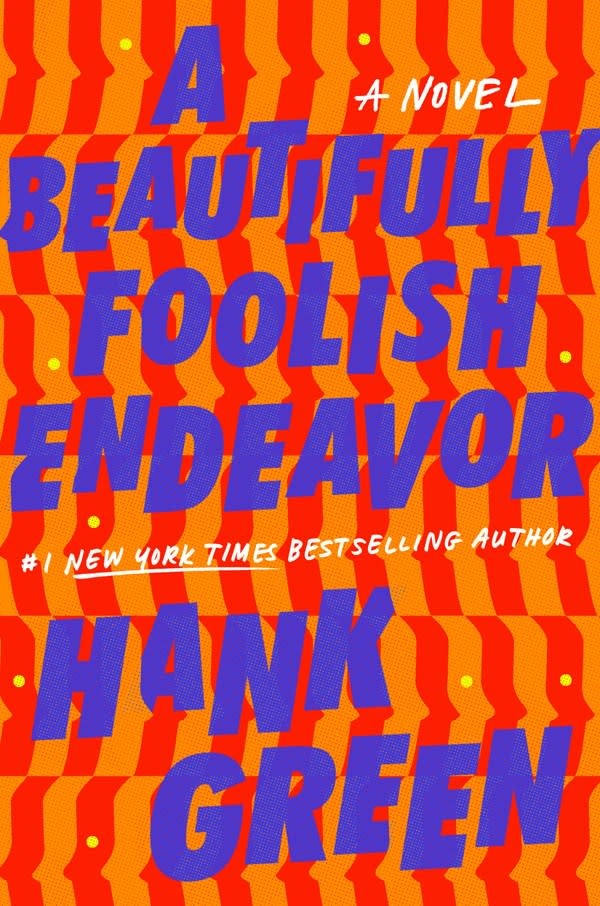 April May and the Carls are back in the already-anticipated sequel to Hank Green’s #1 New York Times bestselling debut novel, An Absolutely Remarkable Thing.

Who has the right to change the world forever? How will we live online? How do we find comfort in an increasingly isolated world?

The Carls disappeared the same way they appeared, in an instant. While the robots were on Earth, they caused confusion and destruction with only their presence. Part of their maelstrom was the sudden viral fame and untimely death of April May: a young woman who stumbled into Carl’s path, giving them their name, becoming their advocate, and putting herself in the middle of an avalanche of conspiracy theories.

Months later, April’s friends are trying to find their footing in a post-Carl world. Andy has picked up April’s mantle of fame, speaking at conferences and online; Maya, ravaged by grief, begins to follow a string of mysteries that she is convinced will lead her to April; and Miranda is contemplating defying her friends’ advice and pursuing a new scientific operation…one that might have repercussions beyond anyone’s comprehension. Just as it is starting to seem like the gang may never learn the real story behind the events that changed their lives forever, a series of clues arrive—mysterious books that seem to predict the future and control the actions of their readers—all of which seems to suggest that April could be very much alive.

Hank Green is the #1 New York Times bestselling author of An Absolutely Remarkable Thing. He’s also the CEO of Complexly, a production company that creates educational content, including Crash Course and SciShow, prompting The Washington Post to name him “one of America’s most popular science teachers.” Complexly’s videos have been viewed more than two billion times on YouTube. Green cofounded a number of other small businesses, including DFTBA.com, which helps online creators make money by selling cool stuff to their communities; and VidCon, the world’s largest conference for the online video community. Hank and his brother, John, also started the Project for Awesome, which last year raised more than two million dollars for charities, including Save the Children and Partners in Health. Hank lives in Montana with his wife, son, and cat. This is his second novel.