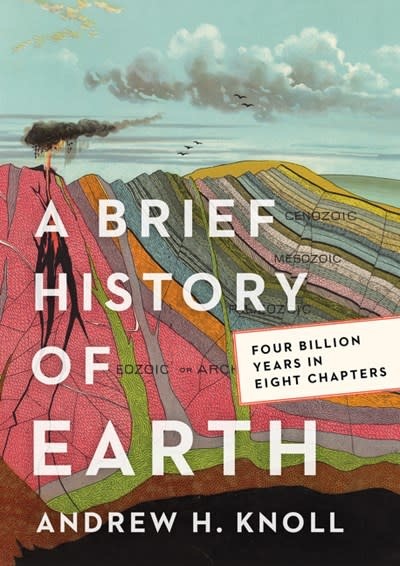 The story of our planetary home and the organisms spread across its surface is far grander and more spectacular than any Hollywood blockbuster, filled with enough plot twists to rival a bestselling thriller. More than four billion years ago, a small planet accreted out of rocky debris circling a modest young star. In its early years, Earth lived on the edge of cataclysm, frequently bombarded with comets and meteors, while roiling magma oceans covered the surface and toxic gases choked the atmosphere. With time, however, continents formed, only to be ripped apart and later collide, throwing up spectacular mountain ranges, most of which have been lost to time. Volcanoes a million times larger than anything ever witnessed by humans. Cycles of global glaciation. Dramatic change and violent extremes. Countless lost worlds we are only beginning to piece together. Somehow on this dynamic stage, life established a foothold and eventually transformed our planet’s surface, paving the way for trilobites, dinosaurs, and a species that can speak, reflect, fashion tools and, in the end, change the world again. Earth’s story helps us to understand how the mountains, oceans, trees, and animals around us came to be, as well as gold, diamonds, coal, oil, and the very air we breathe. And in so doing, it provides the context needed to understand how human activities are transforming the world in the twenty-first century. For most of its history, our home was inhospitable to humans, and indeed, among the enduring lessons of Andrew Knoll’s essential and timely book, is a recognition of how fleeting and fragile our present moment is. Placing twenty first-century climate change in the context of the vast history of our home, A Brief History of Earth is a gripping and essential look at where we’ve been and where we’re going.

Andrew Knoll is the Fisher Professor of Natural History at Harvard University. He has been a member of the Harvard faculty since 1982, serving as both Professor of Biology and Professor of Earth and Planetary Sciences. Professor Knoll’s research focuses on the early evolution of life, Earth’s environmental history, and, especially, the interconnections between the two. He has conducted field research on five continents and for two decades served on the science team for NASA’s MER mission to Mars. Professor Knoll’s honors include the International Prize for Biology, the Walcott Medal and the Mary Clark Thompson Medal of the National Academy of Sciences, the Oparin Medal of the International Society for the Study of the Origins of Life, the Moore Medal of the Society for Sedimentary Geology, the Paleontological Society Medal, and the Wollaston Medal of the Geological Society of London. Knoll is a member of the National Academy of Sciences, the American Academy of Arts and Sciences, and the American Philosophical Society, and is a foreign member of the Royal Society of London. His first book, Life on a Young Planet, received the Phi Beta Kappa Book Award in Science.