Home » A Brutal Reckoning: Andrew Jackson, the Creek Indians, and the Epic War for the American South 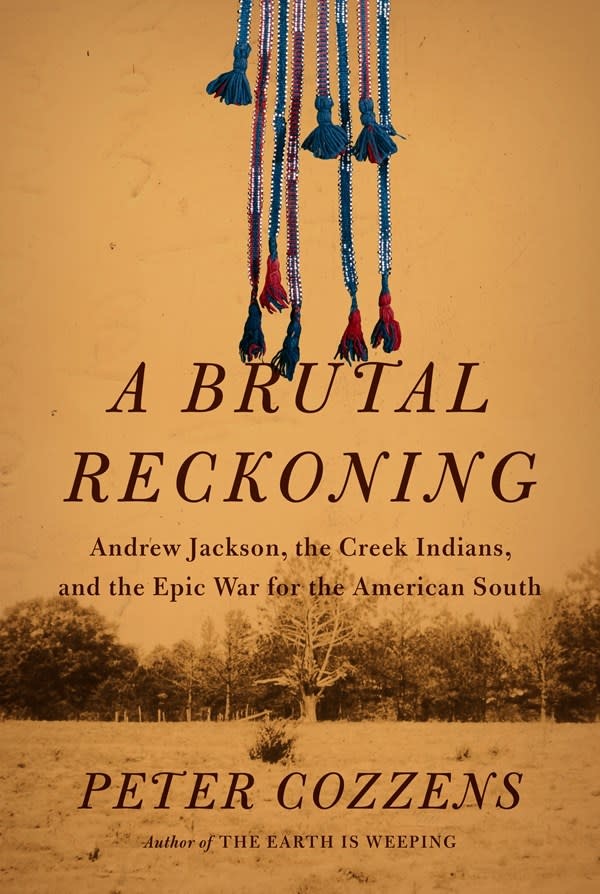 A Brutal Reckoning: Andrew Jackson, the Creek Indians, and the Epic War for the American South

From acclaimed historian Peter Cozzens, the story of the pivotal struggle between the Creek Indians and an insatiable, young United States for control over the Deep South

The Creek War is one of the most tragic episodes in American history, leading to the greatest loss of Native American life on what is now U.S. soil. What began as a vicious internal conflict among the Creek Indians metastasized like a cancer. The ensuing Creek War of 1813-1814 shattered Native American control of the Deep South and led to the infamous Trail of Tears, in which the government forcibly removed the southeastern Indians from their homeland. The war also gave Andrew Jackson his first combat leadership role, and his newfound popularity after defeating the Creeks would set him on the path to the White House. In A Brutal Reckoning, Peter Cozzens vividly captures the young Jackson, describing a brilliant but harsh military commander with unbridled ambition, a taste for cruelty, and a fraught sense of honor and duty. Jackson would not have won the war without the help of Native American allies, yet he denied their role and even insisted on their displacement, together with all the Indians of the American South in the Trail of Tears.

A conflict involving not only white Americans and Native Americans, but also the British and the Spanish, the Creek War opened the Deep South to the Cotton Kingdom, setting the stage for the American Civil War yet to come. No other single Indian conflict had such significant impact on the fate of America—and A Brutal Reckoning is the definitive book on this forgotten chapter in our history.

PETER COZZENS is the author or editor of eighteen acclaimed books on the American Civil War and the Indian Wars of the American West, and a member of the Advisory Council of the Lincoln Prize. In 2002, he was presented with the William R. Rivkin Award, for his achievements as an officer in the American Foreign Service, the association’s highest honor. He lives in Kensington, Maryland.