Home » A Day of Fallen Night 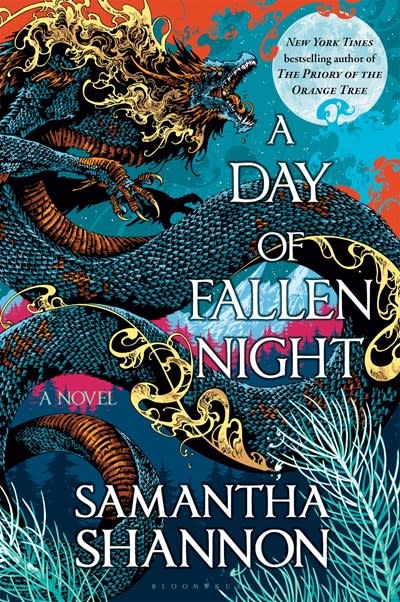 A Day of Fallen Night

The stunning, standalone prequel to the New York Times bestselling The Priory of the Orange Tree.

Tunuva Melim is a sister of the Priory. For fifty years, she has trained to slay wyrms – but none have appeared since the Nameless One, and the younger generation is starting to question the Priory's purpose.

To the north, in the Queendom of Inys, Sabran the Ambitious has married the new King of Hróth, narrowly saving both realms from ruin. Their daughter, Glorian, trails in their shadow – exactly where she wants to be.

The dragons of the East have slept for centuries. Dumai has spent her life in a Seiikinese mountain temple, trying to wake the gods from their long slumber. Now someone from her mother's past is coming to upend her fate.

When the Dreadmount erupts, bringing with it an age of terror and violence, these women must find the strength to protect humankind from a devastating threat.

Intricate and epic, Samantha Shannon sweeps readers back to the world of The Priory of the Orange Tree, showing us a course of events that shaped it for generations to come.

Samantha Shannon is the New York Times and Sunday Times bestselling author of The Bone Season series. Her work has been translated into twenty-six languages. Her fourth novel, The Priory of the Orange Tree, was her first outside of The Bone Season series and was a New York Times bestseller. She lives in London. samanthashannon.co.uk / @say_shannon