Home » A Face for Picasso: Coming of Age with Crouzon Syndrome 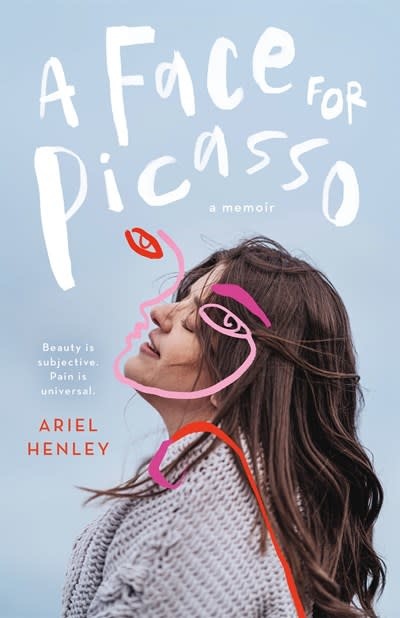 A Face for Picasso: Coming of Age with Crouzon Syndrome

Won in a preempt, this is an unflinching and powerful YA memoir about growing up with a severe craniofacial anomaly.

I am ugly. There's a mathematical equation to prove it.

At only eight months old, identical twin sisters Ariel and Zan were diagnosed with Crouzon syndrome -- a rare condition where the bones in the head fuse prematurely. They were the first twins known to survive it.

Growing up, Ariel and her sister endured numerous appearance-altering procedures. Surgeons would break the bones in their heads and faces to make room for their growing organs. While the physical aspect of their condition was painful, it was nothing compared to the emotional toll of navigating life with a facial disfigurement.

Ariel explores beauty and identity in her young-adult memoir about resilience, sisterhood, and the strength it takes to put your life, and yourself, back together time and time again.

Ariel Henley is a writer from Northern California with a B.A. in English and Political Science from the University of Vermont. She is passionate about writing as a form of activism, and hopes to use her story to promote mainstream inclusion for individuals with physical differences. Her work has appeared in The New York Times, The Atlantic, The Washington Post, and Narratively. A Face for Picasso is her debut. arielhenley.com