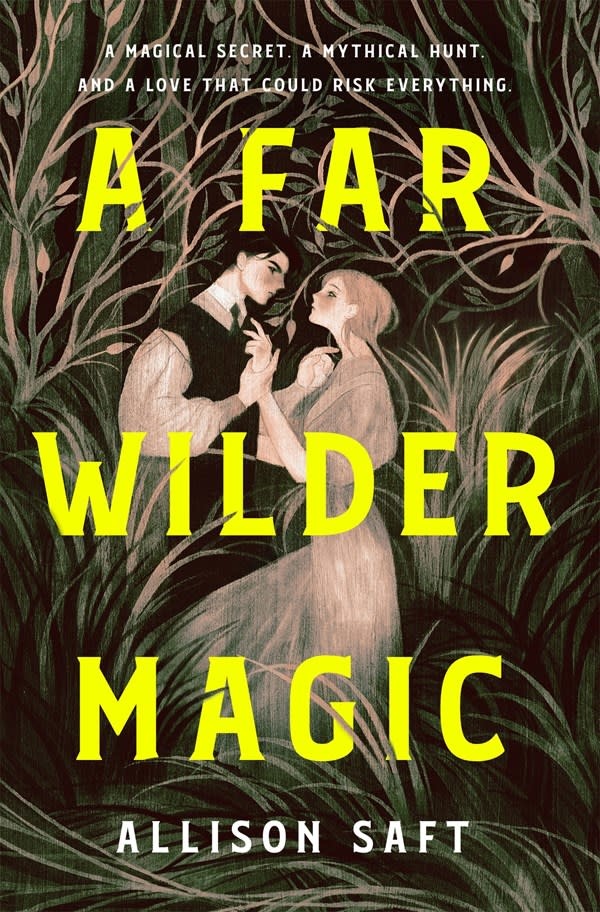 A romantic YA fantasy perfect for fans of Erin A. Craig and Margaret Rogerson, about two people who find themselves competing for glory—and each other's hearts—in a magical fox hunt.

When Margaret Welty spots the legendary hala, the last living mythical creature, she knows the Halfmoon Hunt will soon follow. Whoever is able to kill the hala will earn fame and riches, and unlock an ancient magical secret. While Margaret is the best sharpshooter in town, only teams of two can register, and she needs an alchemist.

Weston Winters isn’t an alchemist—yet. He's been fired from every apprenticeship he's landed, and his last chance hinges on Master Welty taking him in. But when Wes arrives at Welty Manor, he finds only Margaret. She begrudgingly allows him to stay, but on one condition: he must join the hunt with her.

Although they make an unlikely team, they soon find themselves drawn to each other. As the hunt looms closer and tensions rise, Margaret and Wes uncover dark magic that could be the key to winning the hunt—if they survive that long.

In A Far Wilder Magic, Allison Saft has written an achingly tender love story set against a deadly hunt in an atmospheric, rich fantasy world that will sweep you away.

Allison Saft is the author of eerie and critically acclaimed romantic fantasies, Down Comes the Night and A Far Wilder Magic. After receiving her MA in English literature from Tulane University, she moved from the Gulf Coast to the West Coast, where she spends her time hiking the redwoods and practicing aerial silks.