Home » A Flicker in the Dark: A novel 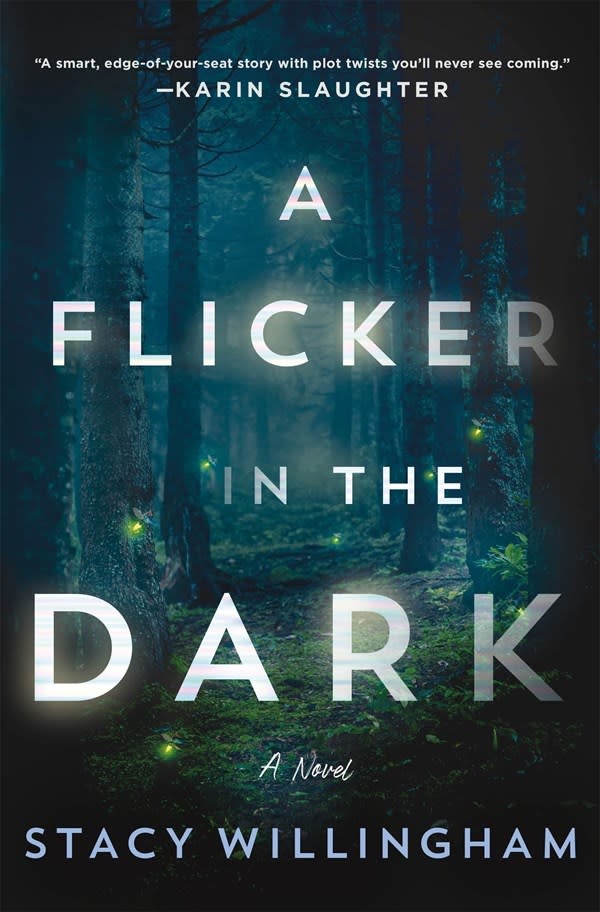 A Flicker in the Dark: A novel

From debut author Stacy Willingham comes a masterfully done, lyrical thriller, certain to be the launch of an amazing career. A Flicker in the Dark is eerily compelling to the very last page.

When Chloe Davis was twelve, six teenage girls went missing in her small Louisiana town. By the end of the summer, Chloe’s father had been arrested as a serial killer and promptly put in prison. Chloe and the rest of her family were left to grapple with the truth and try to move forward while dealing with the aftermath.

Now 20 years later, Chloe is a psychologist in private practice in Baton Rouge and getting ready for her wedding. She finally has a fragile grasp on the happiness she’s worked so hard to get. Sometimes, though, she feels as out of control of her own life as the troubled teens who are her patients. And then a local teenage girl goes missing, and then another, and that terrifying summer comes crashing back. Is she paranoid, and seeing parallels that aren't really there, or for the second time in her life, is she about to unmask a killer?

In a debut novel that has already been optioned for a limited series by actress Emma Stone and sold to a dozen countries around the world, Stacy Willingham has created an unforgettable character in a spellbinding thriller that will appeal equally to fans of Gillian Flynn and Karin Slaughter.

STACY WILLINGHAM worked as a copywriter and brand strategist for various marketing agencies before deciding to write fiction full time. She earned her BA in Magazine Journalism from the University of Georgia and MFA in Writing from the Savannah College of Art & Design. She currently lives in Charleston, SC with her husband, Britt, and Labradoodle, Mako. A Flicker in the Dark is her first novel, and she is currently writing her second.