Home » Star Wars: A Galaxy for Everyone (Little Golden Book) 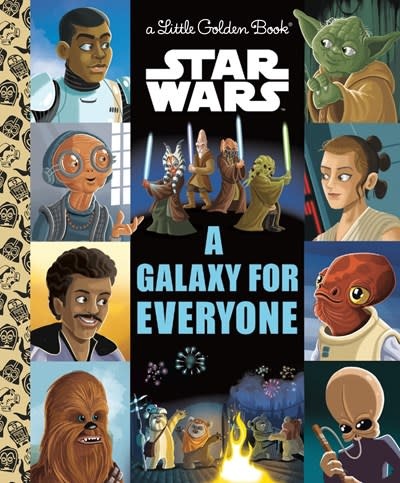 Star Wars: A Galaxy for Everyone (Little Golden Book)

Celebrate the diversity of the Star Wars universe with this Little Golden Book!

Star Wars has captivated millions worldwide for almost forty years. The phenomenon began with the 1977 theatrical debut of Star Wars, later retitled A New Hope, and has expanded to include six additional major motion pictures (The Empire Strikes Back, Return of the Jedi, The Phantom Menace, Attack of the Clones, Revenge of the Sith, The Force Awakens, The Last Jedi, Solo: A Star Wars Story, and The Rise of Skywalker), television programming, publishing, video games, and much more, with new films coming every year.