Home » A Harmless Lie: A novel 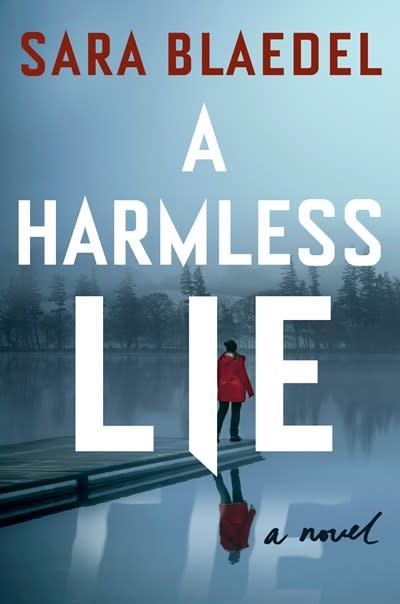 A Harmless Lie: A novel

Sara Blaedel’s runaway #1 Danish bestselling crime novel featuring police investigator Louise Rick, a perfect new entry point to the series that first launched in the US with the bestselling and award-winning novel The Forgotten Girls.

Detective Louise Rick is on vacation in Thailand when she gets a panicked call from her father. Mikkel, Louise’s brother, has attempted suicide. His wife Trine has left him, and no one has heard from her in three days.

Meanwhile, the media in Louise’s hometown of Osted is carrying non-stop coverage about Susan Dahlgaard, a local schoolgirl who went missing over a decade earlier and whose body has just been discovered in a remote forest on the nearby island of Borhnholm.

As Louise rushes home to be at Mikkel’s side, she discovers that Trine and Susan went to school together. Could there be some connection between Trine’s disappearance, and the reopening of Susan’s case? With her beloved brother Mikkel’s life hanging in the balance, the investigation becomes devastatingly personal for Louise.

Set in small-town Denmark, Sara Blaedel’s twisty and emotionally intense crime novel proves yet again why she has earned her place as a #1 internationally bestselling author with millions of fans around the world.

Series Overview: Louise Rick is a police detective based in Denmark. This book is a perfect entry point as the first of a self-contained trilogy.

Sara Blaedel is the author of the #1 international bestselling series featuring Detective Louise Rick. Her books are published in thirty-eight countries. In 2014 Sara was voted Denmark’s most popular novelist for the fourth time. She is also a recipient of the Golden Laurel, Denmark’s most prestigious literary award.