Home » A Heart So Fierce and Broken 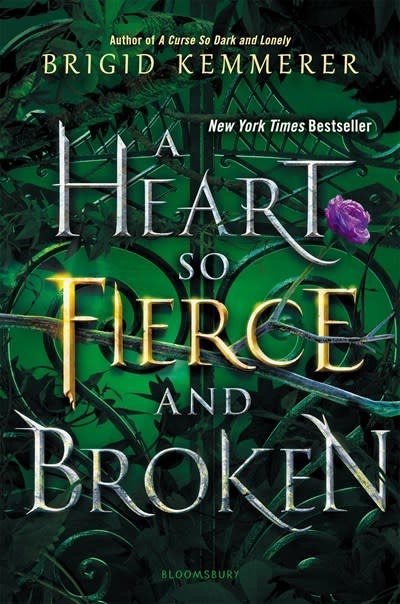 A Heart So Fierce and Broken

Brigid Kemmerer continues her New York Times bestselling fantasy series in another tale full of dark magic, new love, and a kingdom on the edge of ruin.

Find the heir, win the crown. The curse is finally broken, but Prince Rhen of Emberfall faces darker troubles still. Rumors circulate that he is not the true heir and that forbidden magic has been unleashed in Emberfall. Although Rhen has Harper by his side, his guardsman Grey is missing, leaving more questions than answers.

Win the crown, save the kingdom. Rumored to be the heir, Grey has been on the run since he destroyed Lilith. He has no desire to challenge Rhen—until Karis Luran once again threatens to take Emberfall by force. Her own daughter Lia Mara sees the flaws in her mother’s violent plan, but can she convince Grey to stand against Rhen, even for the good of Emberfall?

The compulsively readable saga continues as loyalties are tested and new love blooms in a kingdom on the brink of war.

Brigid Kemmerer is the New York Times bestselling author of A Curse So Dark and Lonely, Call It What You Want, More Than We Can Tell, Letters to the Lost, and the Elementals series. She was born in Omaha, Nebraska, though her parents quickly moved her all over the United States, from the desert in Albuquerque, New Mexico, to the lakeside in Cleveland, Ohio, and several stops in between, eventually settling near Annapolis, Maryland. www.brigidkemmerer.com • @BrigidKemmerer