Home » A House Between Earth and the Moon: A novel 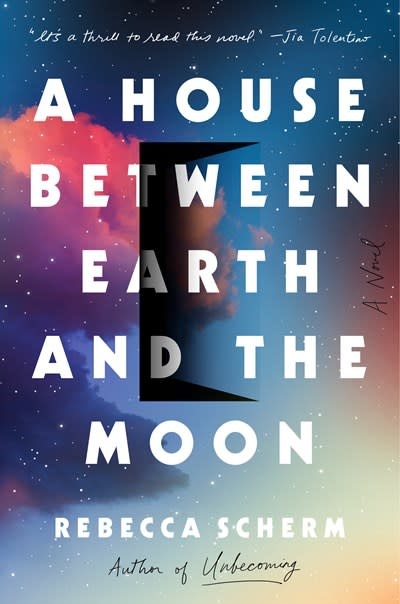 A House Between Earth and the Moon: A novel

The gripping story of one scientist in outer space, another who watches over him, the family left behind, and the lengths people will go to protect the people and planet they love

Scientist Alex Welch-Peters has believed for twenty years that his super-algae can reverse the effects of climate change. His obsession with his research has jeopardized his marriage, his relationships with his kids, and his own professional future. When Sensus, the colossal tech company, offers him a chance to complete his research, he seizes the opportunity. The catch? His lab will be in outer space on Parallaxis, the first-ever luxury residential space station built for billionaires. Alex and six other scientists leave their loved ones to become Pioneers, the beta tenants of Parallaxis.

But Parallaxis is not the space palace they were sold. Day and night, the embittered crew builds the facility under pressure from Sensus, motivated by the promise that their families will join them. Meanwhile, back on Earth, with much of the country ablaze in wildfires, Alex’s family tries to remain safe in Michigan. His teenage daughter, Mary Agnes, struggles through high school with the help of the ubiquitous Sensus phones implanted in everyone’s ears, archiving each humiliation, and wishing she could go to Parallaxis with her father—but her mother will never allow it.

The Pioneers are the beta testers of another program, too. As they toil away two hundred miles in the sky, Sensus is designing an algorithm that will predict human behavior. Tess, a young social psychologist Sensus has hired to watch the Pioneers through their phones, begins to develop an intimate, obsessive relationship with her subjects. When she takes it a step further—traveling to Parallaxis to observe them up close—the controlled experiment begins to unravel.

Prescient and insightful, A House Between Earth and the Moon is at once a captivating epic about the machinations of big tech and a profoundly intimate meditation on the unmistakably human bonds that hold us together.

Rebecca Scherm is the author of Unbecoming. She lives in California with her family.