Home » A Libertarian Walks Into a Bear: The Utopian Plot to Liberate an American Town (and Some Bears) 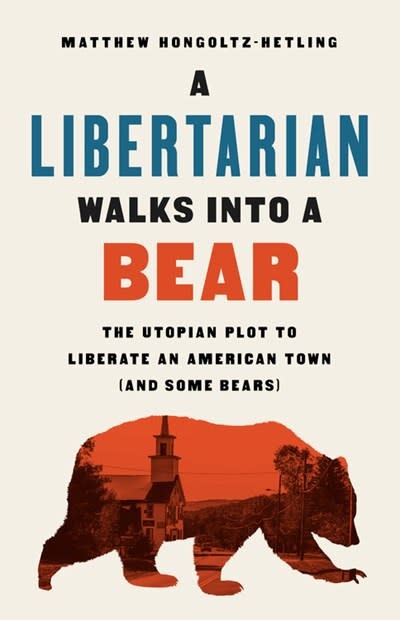 A Libertarian Walks Into a Bear: The Utopian Plot to Liberate an American Town (and Some Bears)

How the tiny town of Grafton, NH, became a radical experiment in small government--until the bear attacks started

Once upon a time, a group of libertarians got together and hatched the Free Town Project, a plan to take over an American town and completely eliminate its government. In 2004, they set their sights on Grafton, NH, a barely populated settlement with one paved road.

When they descended on Grafton, public funding for pretty much everything shrank: the fire department, the library, the schoolhouse. State and federal laws became meek suggestions, barely heard in the town's thick wilderness.

The new rules soon caught the attention of Grafton's neighbors: the bears. Freedom-loving citizens ignored hunting laws and regulations on food disposal. They built a tent city, in an effort to get off the grid. The bears smelled food and opportunity.

A Libertarian Walks Into a Bear is a sometimes funny, sometimes frightening tale of what happens when a government disappears into the woods. Complete with gunplay, adventure, and backstabbing politicians, this is a quintessentially American story, a bearing of our national soul.

Matthew Hongoltz-Hetling is a freelance journalist specializing in narrative features and investigative reporting. He has been named a finalist for the Pulitzer Prize, won a George Polk Award, and been voted Journalist of the Year by the Maine Press association, among numerous other honors. His work has appeared in Foreign Policy, USA Today, Popular Science, Atavist Magazine, Pulitzer Center on Crisis Reporting, the Associated Press, and elsewhere. He lives in New Hampshire.