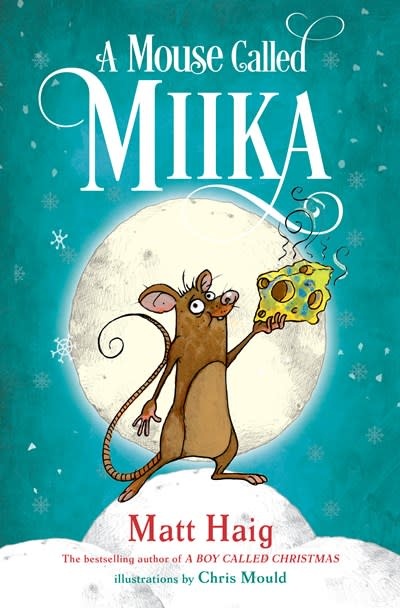 Ratatouille meets Roald Dahl in the funny and fantastical story of a determined mouse on a mission to procure the world's tastiest cheese. From the author of A Boy Called Christmas–now a Netflix movie starring Kristen Wiig, Maggie Smith and Henry Lawfull!

When Nikolas left the only home he had ever known, it was a mouse named Miika who kept him company, and it was Miika who accompanied him on his journey to the Far North, in search of his father. But before the events of A Boy Called Christmas, this little mouse was the hero of his own story.

A Mouse Called Miika is an epic adventure story on a miniature scale. It's a tale of mice and men (and more mice). It is about one independent mouse who gets fed up with the other mice, and sets out on a quest of his own to prove that cheese exists, and learns to appreciate other creatures. It is also a tale of great love (of cheese) and great danger. And learning the lesson that, with cheese, as with life, what matters most is not how strongly you smell, but how strong you are on the inside.

Funny, cheeky, wise, and packed full of Matt Haig's signature warmth. This is set to become a year-round children's favorite.

MATT HAIG is an author for children and adults. The Midnight Library and Reasons to Stay Alive were major bestsellers worldwide. His children's book A Boy Called Christmas was a runaway hit and is translated in over 40 languages. It is being made into a Netflix film and The Guardian called it an 'instant classic'. His children's novels have won the Smarties Gold Medal, the Blue Peter Book of the Year, been shortlisted for the Waterstones Children's Book Prize and nominated for the Carnegie Medal three times.

CHRIS MOULD went to art school at the age of sixteen. He has won the Nottingham Children’s Book Award and has been commended by the Sheffield Children’s Book Award. He loves his work and likes to write and draw the kinds of books that he would have liked to have had on his shelf as a boy. Chris Mould is married with two children and lives in Yorkshire, UK.