Home » A Place at the Table 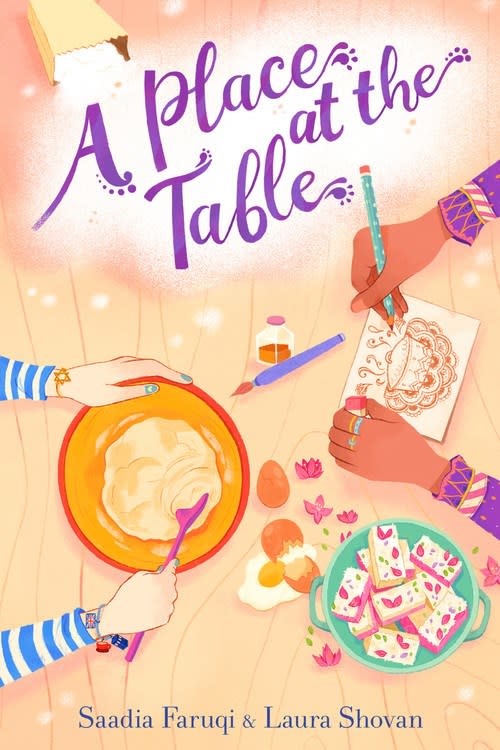 A Place at the Table

Sixth graders Sara and Elizabeth could not be more different. Sara is at a new school that is completely unlike the small Islamic school she used to attend. Elizabeth has her own problems: her British mum has been struggling with depression. The girls meet in an after-school South Asian cooking class, which Elizabeth takes because her mom has stopped cooking, and which Sara, who hates to cook, is forced to attend because her mother is the teacher. The girls form a shaky alliance that gradually deepens, and they make plans to create the most amazing, mouth-watering cross-cultural dish together and win a spot on a local food show. They make good cooking partners . . . but can they learn to trust each other enough to become true friends?

Saadia Faruqi is a Pakistani American author, essayist and interfaith activist. Her book Meet Yasmin!, the first book in an early reader series about a Pakistani-American girl, received starred reviews, and she is also author of the adult fiction book Brick Walls: Tales of Hope & Courage from Pakistan. She lives with her husband and children in Houston, Texas, where she is editor-in-chief of Blue Minaret, a magazine for Muslim art, poetry, and prose.Laura Shovan's debut middle-grade novel, The Last Fifth Grade of Emerson Elementary, was a NCTE 2017 Notable Verse Novel, a Bank Street College of Education Best Children's Book of the year, and won a Cybils Award for poetry, among other recognition. Her second children's novel, Takedown, published recently and her novels sit on over half a dozen state reading lists. She lives with her family in Maryland, where she is a longtime poet-in-the-schools for the Maryland State Arts Council.