Home » A Quick History of the Universe 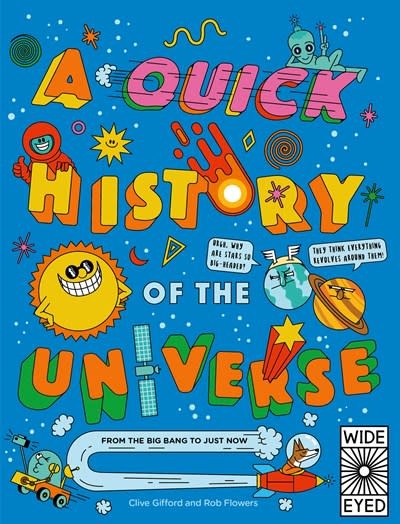 A Quick History of the Universe

What was the universe like when it was a few seconds old? How had it changed by its millionth birthday? And when did time even start, for that matter?!

The story of the last 13.8 billion years in one handy volume, you can read about the start of stars, the growth of galaxies and the production of planets. Plus, there are some great dad jokes. Hold on tight...

Read the story of how the universe developed, and discover:
Packed with fun cartoons and facts, A Quick History of the Universe tackles the biggest topic in the universe – literally – in chronological order. Before you know it, you’ll be an expert on the history of space, the universe and everything.