Home » The Shadow Histories #2 A Radical Act of Free Magic 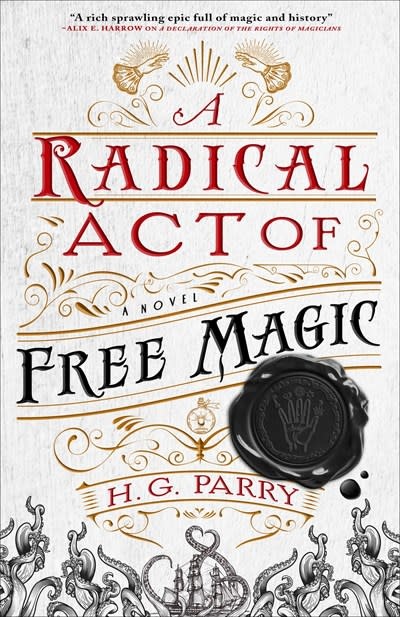 The Shadow Histories #2 A Radical Act of Free Magic

A sweeping tale of revolution and wonder in a world not quite like our own, A Radical Act of Free Magic is the conclusion to this genre-defying series of magic, war, and the struggle for freedom in the early modern world.

The Concord has been broken, and a war of magic engulfs the world.

In France, the brilliant young battle-mage Napoleon Bonaparte has summoned a kraken from the depths, and under his command, the Army of the Dead have all but conquered Europe. Britain fights back, protected by the gulf of the channel and powerful fire-magic, but Wilberforce's own battle to bring about free magic and abolition has met a dead end in the face of an increasingly fearful and repressive government. In Saint Domingue, Fina watches as Toussaint Louverture navigates these opposing forces to liberate the country.

But there is another, even darker war being fought beneath the surface: the first vampire war in hundreds of years. The enemy blood magician who orchestrated Robespierre's downfall is using the Revolutionary Wars to bring about a return to dark magic to claim all of Europe. Across the world, only a few know of his existence and the choices they make will shape the new age of magic.

Praise for The Shadow Histories:

"A witty, riveting historical fantasy...Parry has a historian's eye for period detail and weaves real figures from history-including Robespierre and Toussaint L'Ouverture-throughout her poetic tale of justice, liberation, and dark magic. This is a knockout."―Publishers Weekly (starred review)

A Declaration of the Rights of Magicians

A Radical Act of Free Magic