Home » A Show for Two 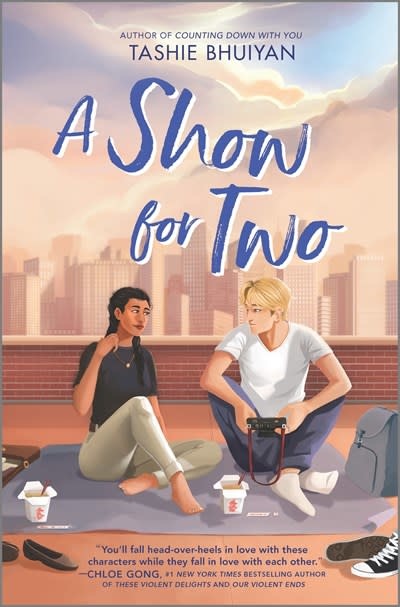 A Show for Two

From the author of Counting Down with You comes a new swoony YA romance about an indie film star who enrolls in high school under a secret identity, and the girl who will do whatever it takes to convince him to star in her short film. Perfect for fans of Emma Lord and Leah Johnson.

Mina Rahman has a plan for her future: Finally win the Golden Ivy student film competition Get into her dream school across the country Leave New York City behind once and for all Mina’s ticket to winning the competition falls into her lap when indie film star—and known heartbreaker—Emmitt Ramos enrolls in her high school under a secret identity to research his next role. When Mina sets out to persuade Emmitt to join her cause, he offers her a deal instead: he'll be in her short film…if she acts as a tour guide to help him with a photography contest. As Mina ventures across the five boroughs with Emmitt by her side, the city she grew up in starts to look different and more like home than it ever has before. With the competition deadline looming, Mina's dreams—which once seemed impenetrable—begin to crumble, and she’s forced to ask herself: Is winning worth losing everything?

Tashie Bhuiyan is a Bangladeshi American writer based in New York City and is the author of Counting Down with You. She recently graduated from St. John's University with a bachelor's degree in Public Relations, and hopes to change the world, one book at a time. She loves writing stories about girls with wild hearts, boys who wear rings, and gaining agency through growth. When she's not doing that, she can be found in a Chipotle or bookstore, insisting 2010 is the best year in cinematic history. (Read: Tangled and Inception.) Visit her online at @tashiebhuiyan or tashiebhuiyan.com.