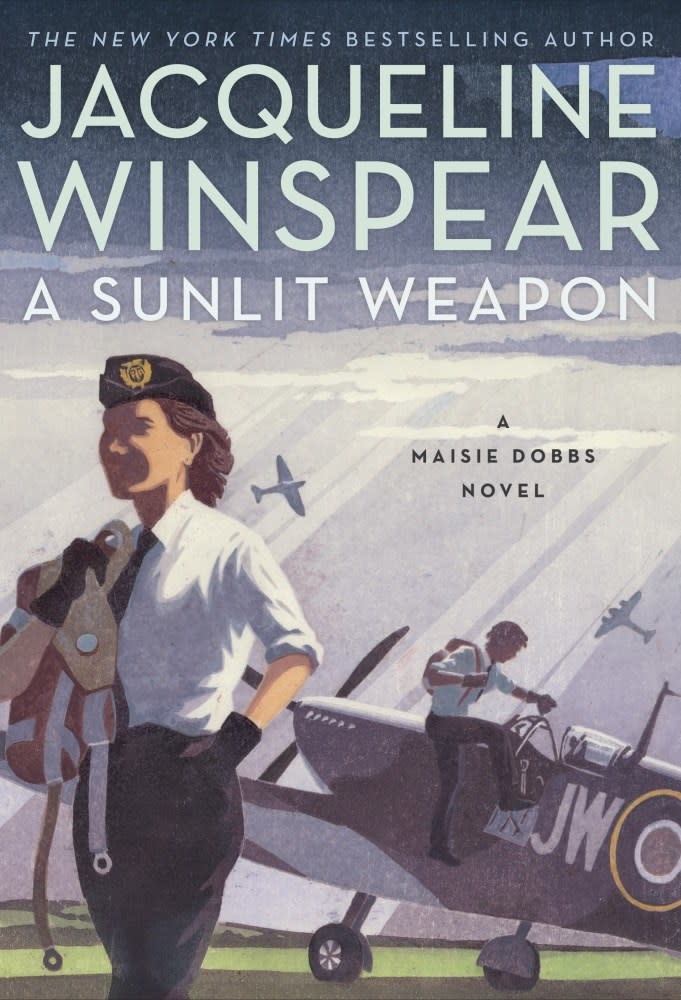 Late September, 1942. Jo Hardy, a 22-year-old ferry pilot, is delivering a Spitfire to Biggin Hill Aerodrome when she realizes someone is shooting at her aircraft. When she returns to the location on foot, she finds an American serviceman in a barn, tied up and gagged. Jo hurries away, but can’t shake the image of the serviceman from her mind.Several days later, when Jo recounts the story to several other women, she receives the news that Erica, another ferry pilot—flying the same route she had—has been killed in a crash near Kent. Erica’s death is attributed to “pilot error,” but Jo is convinced there is a link between her own experience and Erica’s—and that of Jo’s dead fiancé, who was killed over a year earlier under inexplicable circumstances in the same area. At the suggestion of an Australian colleague, Jo takes her suspicions to Maisie Dobbs, along with two pages of coded notes she found in the barn. If someone is trying to take down much-needed pilots, Maisie wants to find out why—and what happened to the bound American serviceman. But before she can even begin to investigate, her new husband, Mark Scott, finds the documents and demands to know how they came to be in her possession: The papers pertain to an upcoming diplomatic mission by Eleanor Roosevelt on behalf of the United States’ president—and now the First Lady’s safety has been compromised. To protect Eleanor’s life—and possibly the safety of all of London—Maisie must quickly uncover the connection between the pilot deaths, the mysterious American soldier, and the top-secret documents.

Jacqueline Winspear is the author of the New York Times bestsellers The Consequences of Fear, The American Agent, To Die but Once, In This Grave Hour, Journey to Munich, A Dangerous Place, Leaving Everything Most Loved, and Elegy for Eddie, as well as eight other bestselling Maisie Dobbs novels. Her standalone novel, The Care and Management of Lies, was also a New York Times bestseller, and a finalist for the Dayton Literary Peace Prize. Winspear has won numerous prizes, including the Agatha, Alex, and Macavity awards for the first book in the series, Maisie Dobbs, which was also nominated for the Edgar Award for Best Novel and was named a New York Times Notable Book. Originally from the United Kingdom, she lives in California.