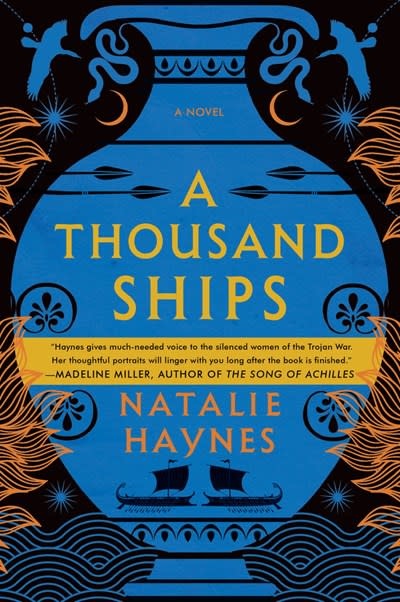 Shortlisted for the Women’s Prize for Fiction“Gorgeous. . . . With her trademark passion, wit, and fierce feminism, Natalie Haynes gives much-needed voice to the silenced women of the Trojan War.”—Madeline Miller, author of Circe

“A Thousand Ships does more than acknowledge the suffering of women. It tells in lively fashion gripping tales of bravery, treachery and revenge. . . . It’s a timely notion as the modern world reckons with who gets to tell the stories of its diverse populations."—Washington Post

This is the women’s war. They have waited long enough for their turn. . . .A city engulfed in flames.Ten endless years of war between the Greeks and the Trojans ended in the course of a night.Troy has fallen.From the Trojan women whose fates now lie in the hands of the Greeks to the Amazon princess who fought Achilles on their behalf, from Penelope awaiting the return of Odysseus to the three goddesses whose feud started it all—these are the stories of the women whose lives, loves, and rivalries are indelibly imprinted on history’s most infamous war. A woman’s epic, powerfully imbued with new life, A Thousand Ships puts the women, girls, and goddesses at the center of the Western world’s greatest tale ever told.