Home » A Unicorn Named Sparkle and the Perfect Valentine 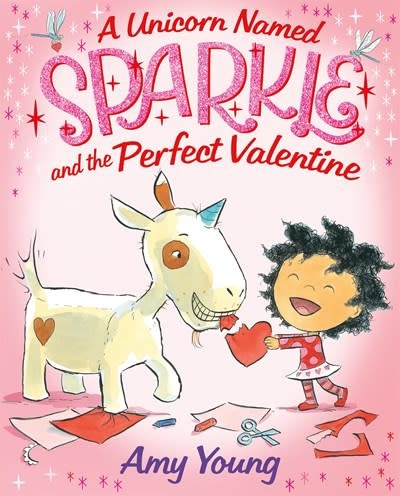 A Unicorn Named Sparkle and the Perfect Valentine

The fifth book in the A Unicorn Named Sparkle series features valentines, parties, love, glitter, and, of course, one sparkly friendship between a girl and her unicorn.

Lucy and a unicorn named Sparkle are back for another adorable adventure.

Valentine’s Day is when you tell the people in your life how much you love them. There's no one Sparkle loves more than Lucy. He decides to make her the perfect valentine. Except, instead of hands, Sparkle has hooves. How is he going to write and cut? How is he going to sprinkle glitter?

Sparkle is afraid to give Lucy his (imperfect) card but soon realizes that the love he put into his valentine makes his gift to Lucy the sweetest one of all.