Home » A Voice in the Wilderness: A Pioneering Biologist Explains How Evolution Can Help Us Solve Our Biggest Problems 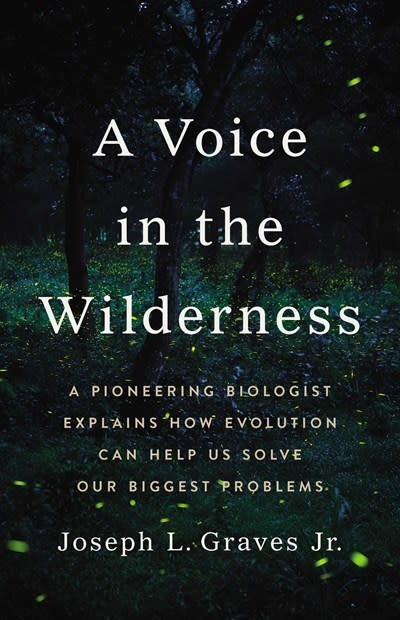 A Voice in the Wilderness: A Pioneering Biologist Explains How Evolution Can Help Us Solve Our Biggest Problems

Why understanding evolution—the most reviled branch of science—can help us all, from fighting pandemics to undoing racism Evolutionary science has long been regarded as conservative, a tool for enforcing regressive ideas, particularly about race and gender. But in A Voice in the Wilderness, evolutionary biologist Joseph L. Graves Jr.—once styled as the “Black Darwin”—argues that his field is essential to social justice. He shows, for example, why biological races do not exist. He dismantles recent work in “human biodiversity” seeking genes to explain the achievements of different ethnic groups. He decimates homophobia, sexism, and classism as well. As a pioneering Black biologist, a leftist, and a Christian, Graves uses his personal story—his journey from a child of Jim Crow to a major researcher and leader of his peers—to rewrite his field. A Voice in the Wilderness is a powerful work of scientific anti-racism and a moving account of a trailblazing life.

Joseph L. Graves Jr. is a professor of biological sciences in the department of biology at North Carolina A&T State University. He is the first African American to receive a PhD in evolutionary biology. Graves was elected a Fellow of the Council of the American Association for the Advancement of Science (AAAS) in 1994. He is an associate director of the Triangle Center for Evolutionary Medicine and has been recently added to the board of the National Center for Science Education, with his term beginning in April 2021. He lives in Greensboro, North Carolina.