Home » A Vow So Bold and Deadly 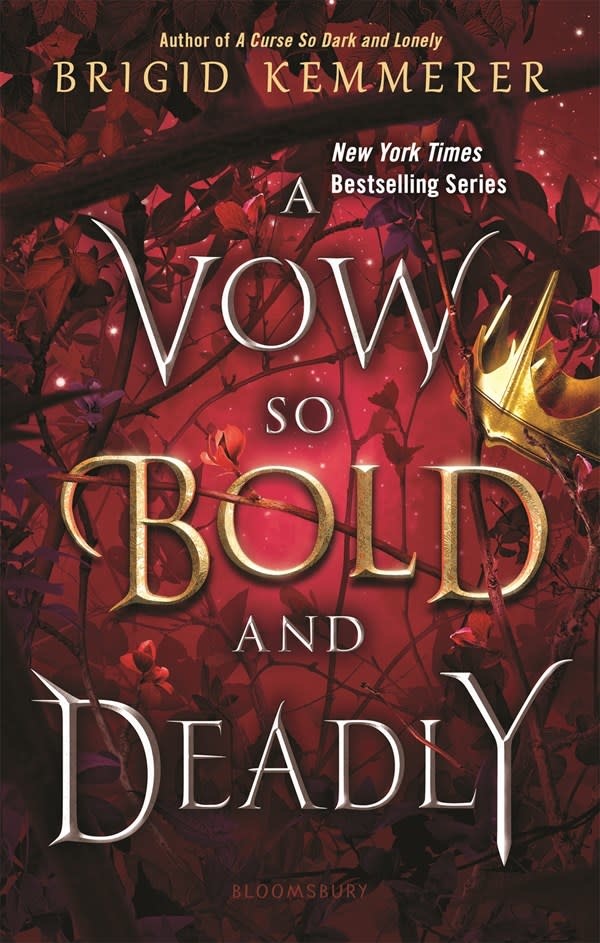 Face your fears, fight the battle.

Emberfall is torn between those who believe Rhen is the rightful prince and those who are eager to begin a new era under the true heir, Grey. Grey has agreed to wait two months before attacking Rhen, and in that time, Rhen has sought the assistance of a spy despite Harper's doubts.

Fight the battle, save the kingdom.

Meanwhile, Lia Mara struggles to rule Syhl Shallow with a gentler hand than her mother. But some of her subjects aren't happy that Lia Mara has an enchanted prince and magical scraver by her side. As Grey's deadline draws nearer, Lia Mara is forced to question whether or not she can remain allied to his cause.

This compulsively readable saga continues as two kingdoms come closer to conflict—and an old enemy resurfaces who could destroy them all.

Brigid Kemmerer is the New York Times bestselling author of the Cursebreaker series, Call It What You Want, More Than We Can Tell, Letters to the Lost, and the Elementals series. She was born in Omaha, Nebraska, though her parents quickly moved her all over the United States, from the desert in Albuquerque, New Mexico, to the lakeside in Cleveland, Ohio, and several stops in between, eventually settling near Annapolis, Maryland. www.brigidkemmerer.com • @BrigidKemmerer