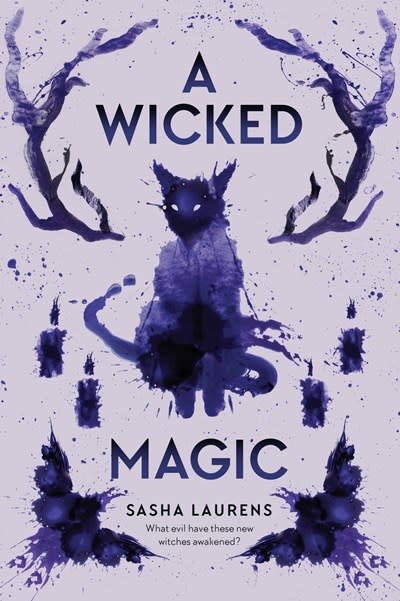 The Chilling Adventures of Sabrina meets The Craft when modern witches must save teens stolen by an ancient demon in this YA fantasy-thriller debut.

Dan and Liss are witches. The Black Book granted them that power. Harnessing that power feels good, especially when everything in their lives makes them feel powerless.

During a spell gone wrong, Liss’s boyfriend is snatched away by an evil entity and presumed dead. Dan and Liss’s friendship dies that night, too. How can they practice magic after the darkness that they conjured?

Months later, Liss discovers that her boyfriend is alive, trapped underground in the grips of an ancient force. She must save him, and she needs Dan and the power of The Black Book to do so. Dan is quickly sucked back into Liss’s orbit and pushes away her best friend, Alexa. But Alexa has some big secrets she’s hiding and her own unique magical disaster to deal with.

When another teenager disappears, the girls know it’s no coincidence. What greedy magic have they awakened? And what does it want with these teens it has stolen?

Set in the atmospheric wilds of California’s northern coast, Sasha Laurens’s thrilling debut novel is about the complications of friendship, how to take back power, and how to embrace the darkness that lives within us all.

Sasha Laurens is originally from Northern California and has lived in New York and St. Petersburg, Russia. When she’s not writing fiction and missing the West Coast, she is pursuing a PhD in political science on protest movements in authoritarian states.