Home » A World on the Wing: The Global Odyssey of Migratory Birds 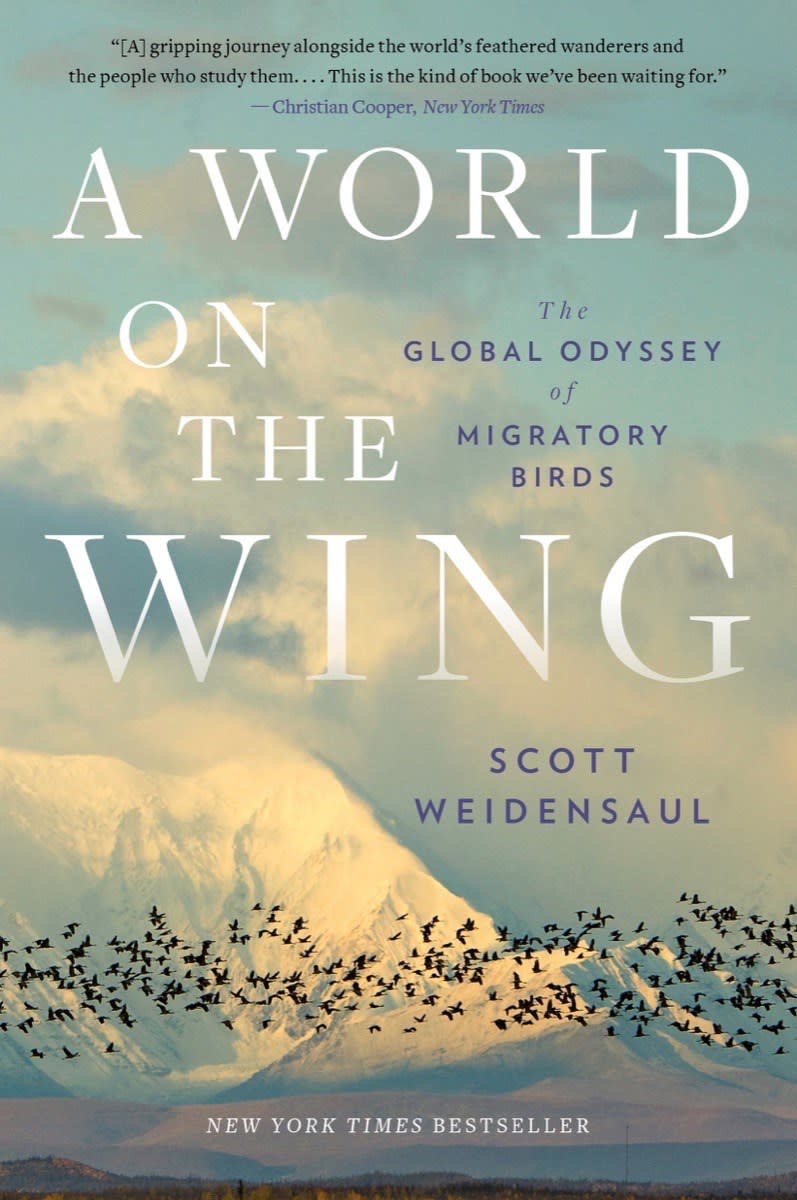 A World on the Wing: The Global Odyssey of Migratory Birds

An exhilarating exploration of the science and wonder of global bird migration.

In the past two decades, our understanding of the navigational and physiological feats that enable birds to cross immense oceans, fly above the highest mountains, or remain in unbroken flight for months at a stretch has exploded. What we’ve learned of these key migrations—how billions of birds circumnavigate the globe, flying tens of thousands of miles between hemispheres on an annual basis—is nothing short of extraordinary.Bird migration entails almost unfathomable endurance, like a sparrow-sized sandpiper that will fly nonstop from Canada to Venezuela—the equivalent of running 126 consecutive marathons without food, water, or rest—avoiding dehydration by "drinking" moisture from its own muscles and organs, while orienting itself using the earth’s magnetic field through a form of quantum entanglement that made Einstein queasy. Crossing the Pacific Ocean in nine days of nonstop flight, as some birds do, leaves little time for sleep, but migrants can put half their brains to sleep for a few seconds at a time, alternating sides—and their reaction time actually improves.These and other revelations convey both the wonder of bird migration and its global sweep, from the mudflats of the Yellow Sea in China to the remote mountains of northeastern India to the dusty hills of southern Cyprus. This breathtaking work of nature writing from Pulitzer Prize finalist Scott Weidensaul also introduces readers to those scientists, researchers, and bird lovers trying to preserve global migratory patterns in the face of climate change and other environmental challenges.Drawing on his own extensive fieldwork, in A World on the Wing Weidensaul unveils with dazzling prose the miracle of nature taking place over our heads.

Scott Weidensaul is the author of nearly thirty books, including the Pulitzer Prize finalist Living on the Wind. A writer and researcher specializing in birds and bird migration, he is a native of Pennsylvania now living in New Hampshire.