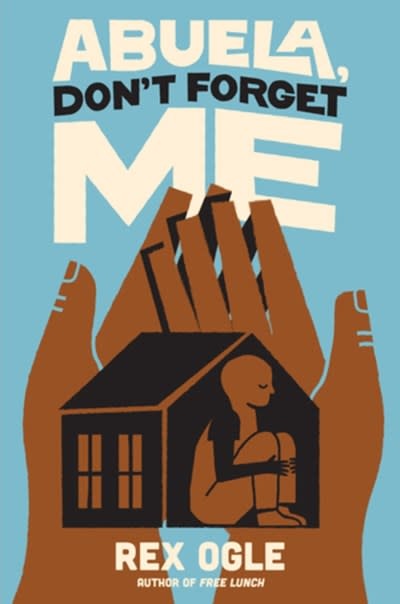 In his award-winning memoir Free Lunch, Rex Ogle’s abuela features as a source of love and support. In this companion-in-verse, Rex captures and celebrates the powerful presence a woman he could always count on—to give him warm hugs and ear kisses, to teach him precious words in Spanish, to bring him to the library where he could take out as many books as he wanted, and to offer safety when darkness closed in. Throughout a coming of age marked by violence and dysfunction, Abuela’s red-brick house in Abilene, Texas, offered Rex the possibility of home, and Abuela herself the possibility for a better life.Abuela, Don’t Forget Me is a lyrical portrait of the transformative and towering woman who believed in Rex even when he didn’t yet know how to believe in himself.

Rex Ogle was born and raised mostly in Texas. He received the 2020 YALSA Excellence in Nonfiction Award for his memoir Free Lunch. A former children's book editor in New York City, Rex now lives in Los Angeles with his partner.