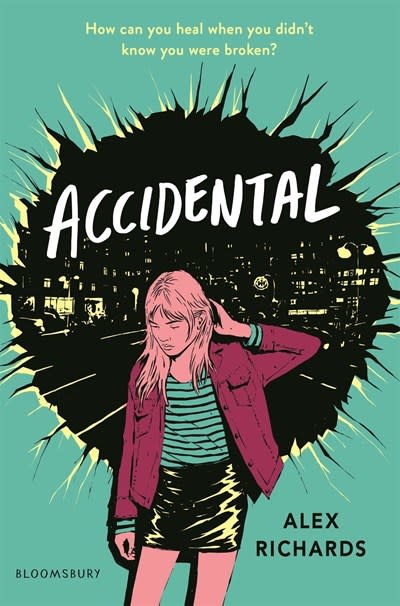 This timely, emotionally-resonant story sheds new light on gun violence, as a teen girl copes with the aftermath of a shooting.

Johanna’s life has had more than enough trauma—losing her mom in a car accident as a baby, her father going AWOL. Now 16, life is pretty typical, despite living with her strict grandparents who never talk about her mother.

Then Johanna’s father returns and shares more than just memories of her mom. There was no car accident—her mother died when, at two years old, Johanna accidentally shot her with an unsecured gun.

Now Johanna must sort through it all—her absentee father, her lying grandparents, her part in her mom’s death. But no one, not her friends or a new boyfriend, can help her decide who to forgive. Most of all, can she forgive herself?

This searing, uplifting story tackles a different side of an issue that has galvanized teens and will leave them feeling ready to face the world.

Alex Richards is the author of Back Talk and is a contributor to Real Simple as well as Momtastic, a parenting website where she often rants and raves about what it's like to raise two kids in Brooklyn, NY.