Home » I, Witness: Accused, My Story of Injustice 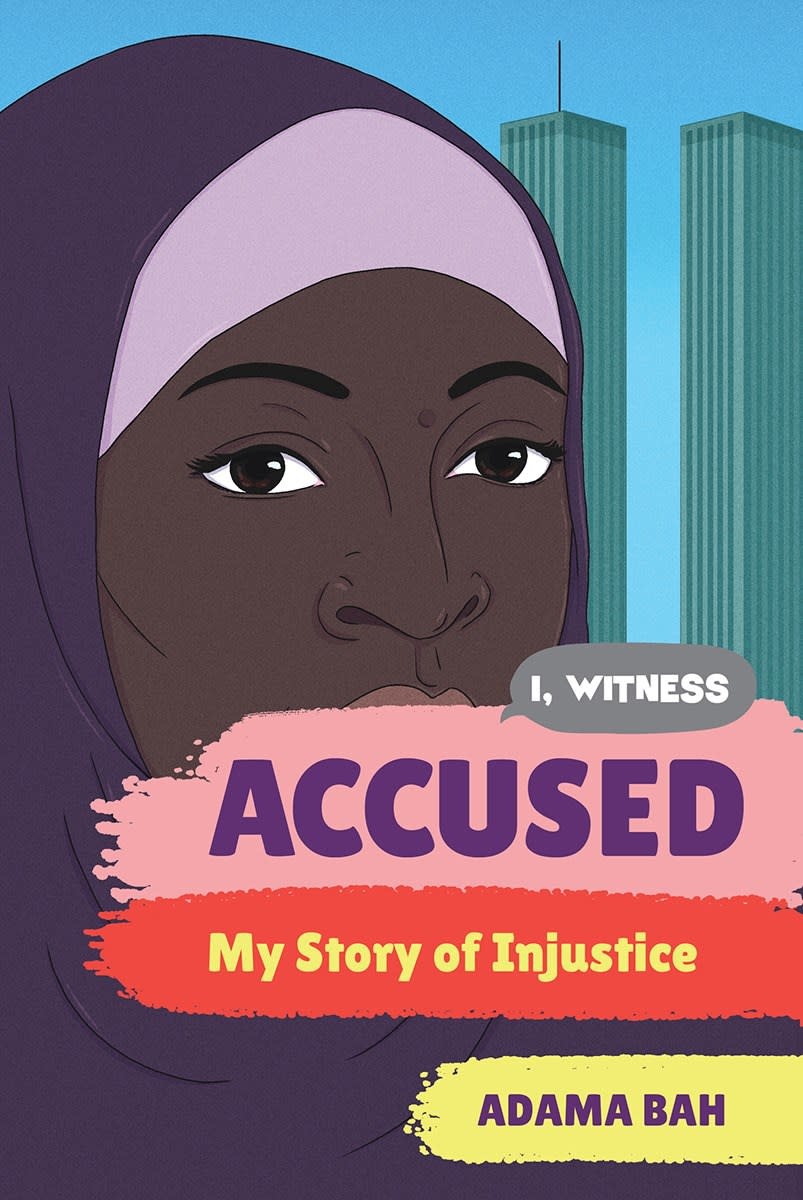 I, Witness: Accused, My Story of Injustice

Launching a propulsive middle grade nonfiction series, a young woman shares her harrowing experience of being wrongly accused of terrorism.

Adama Bah grew up in East Harlem after immigrating from Conakry, Guinea, and was deeply connected to her community and the people who lived there. But as a thirteen-year-old after the events of September 11, 2001, she began experiencing discrimination and dehumanization as prejudice toward Muslim people grew. Then, on March 24, 2005, FBI agents arrested Adama and her father. Falsely accused of being a potential suicide bomber, Adama spent weeks in a detention center being questioned under suspicion of terrorism.With sharp and engaging writing, Adama recounts the events surrounding her arrest and its impact on her life—the harassment, humiliation, and persecution she faced for crimes she didn’t commit. Accused brings forward a crucial and unparalleled first-person perspective of American culture post-9/11 and the country’s discrimination against Muslim Americans, and heralds the start of a new series of compelling narrative nonfiction by young people, for young people.

Adama Bah's experiences have been featured in Patriot Acts, a book about post-9/11 injustices, and Adama, a short documentary film. She lives in New York with her husband and family.