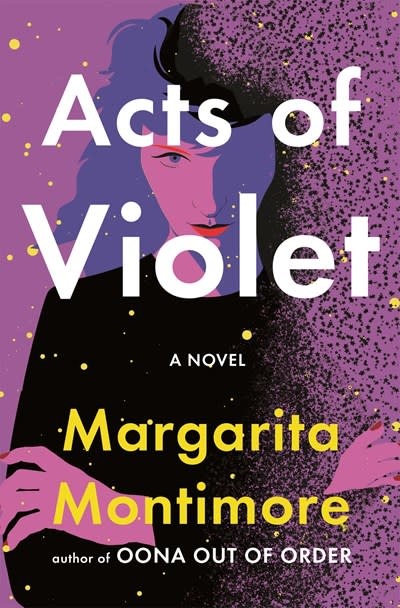 From the author of GMA Book Club pick and national best seller Oona Out of Order, a dazzling and twisty new novel about a famous magician who disappears, leaving her sister to figure out what really happened

Nearly a decade ago, iconic magician Violet Volk performed her greatest trick yet: vanishing mid-act. Though she hasn’t been seen since, her hold on the public hasn’t wavered. While Violet sought out the spotlight, her sister Sasha, ever the responsible one, took over their mother’s salon and built a quiet life for her daughter, Quinn. But Sasha can never seem to escape her sister’s orbit or her memories of their unresolved, tumultuous relationship. Then there’s Cameron Frank, determined to finally get his big break hosting a podcast devoted to all things Violet—though keeping his job hinges on an exclusive interview with Sasha, the last person who wants to talk to him.

As the ten-year anniversary approaches, the podcast picks up steam, and Cameron’s pursuit of Sasha becomes increasingly intrusive. He isn’t the only one wondering what secrets she might be keeping: Quinn, loyal to the aunt she always idolized, is doing her own investigating. Meanwhile, Sasha begins to experience an unsettling series of sleepwalking episodes and coincidences, which all lead back to Violet. Pushed to her emotional limits, Sasha must finally confront the most painful truths about her sister, and herself, even at the risk of losing everything.

Alternating between Sasha’s narration and Cameron’s podcast transcripts, interspersed with documents that offer a tantalizing peek at Violet herself, Acts of Violet is an utterly original, propulsive story of fame, deception, and forgiveness that will make you believe in magic.

Margarita Montimore is the author of Acts of Violet, Asleep from Day, and Oona Out of Order, a USA Today bestseller and Good Morning America Book Club pick. After receiving a BFA in Creative Writing from Emerson College, she worked for over a decade in publishing and social media before deciding to focus on the writing dream full-time. Born in Soviet Ukraine and raised in Brooklyn, she currently lives in New Jersey with her husband and dog.