Home » Ada and the Galaxies 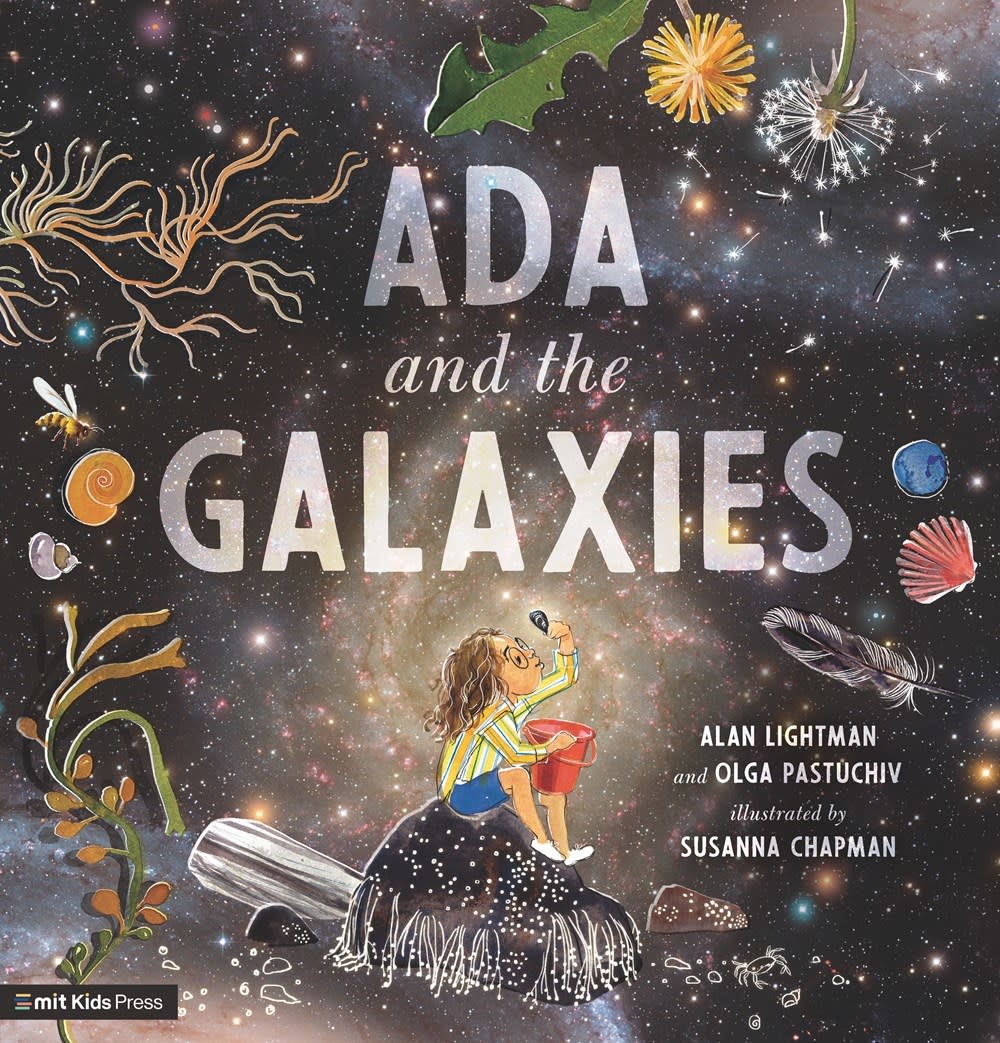 Ada and the Galaxies

Stargazers rejoice! In his first book for children, renowned physicist Alan Lightman and collaborators, with help from the Hubble telescope, light up the night sky.

New York Times best-selling author Alan Lightman, in collaboration with Olga Pastuchiv, brings galaxies close in a stunning picture-book tribute to the interconnectedness of the natural world. Layering photographs taken from the Hubble telescope into charming and expressive art, illustrator Susanna Chapman zooms in on one child’s experiences: Ada knows that the best place for star-gazing is on the island in Maine where she vacations with her grandparents. By day, she tracks osprey in the trees, paddles a kayak, and hunts for shells. But she’s most in her element when the sun goes down and the stars blink to life. Will the fog this year foil her plans, or will her grandfather find a way to shine a spotlight on the vast puzzle of the universe…until the weather turns?

Alan Lightman is a physicist and the best-selling author of Einstein’s Dreams and other adult books. Modeled on his relationship with his granddaughter, Ada and the Galaxies is his first book for children. He is a professor at MIT and lives in Concord, Massachusetts.

Susanna Chapman is an illustrator, muralist, and designer. Her books include Elizabeth Warren’s Big, Bold Plans, written by Laurie Ann Thompson. She lives in Nashville, Tennessee.