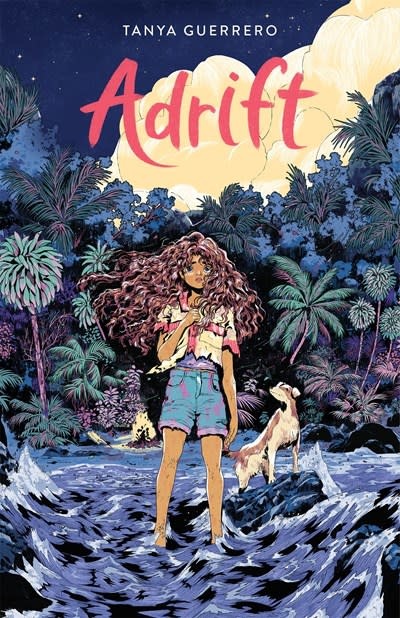 An upper middle grade contemporary story of survival and grief from a Filipino-Spanish author whose star is on the rise, about two half-Filipino cousins whose resilience is tested when one of them is lost at sea.

Cousins Coral and Isa are so close that they're practically siblings; their mothers are sisters, and the two girls grew up on the same small island. When Coral and her parents leave on a months-long sea voyage amid the islands of Indonesia, Isa is devastated that they'll be kept apart, and the two vow to write to each other no matter what.

Then the unthinkable happens, and Coral's boat capsizes at sea, where her parents and the rest of the crew vanish. Washed up on a deserted island, alone and wracked by grief, she must find the strength within to survive and find her way back home. Meanwhile, Isa is still on Pebble Island, the only one holding out hope that her beloved cousin is still alive.

It's a powerful story of loss and hope, love and family, and the unexpected resilience of the human spirit.

Tanya Guerrero is the author of Adrift, All You Knead is Love, and How to Make Friends with the Sea. Filipino and Spanish by birth, she has been fortunate enough to call three countries home: the Philippines, Spain, and the United States. Currently, she lives in a shipping container home in the suburbs of Manila with her husband, daughter, and a menagerie of rescued cats and dogs. In her free time, she grows her own food, bakes bread, and reads. tanyaguerrero.com Twitter @guerrerotanya