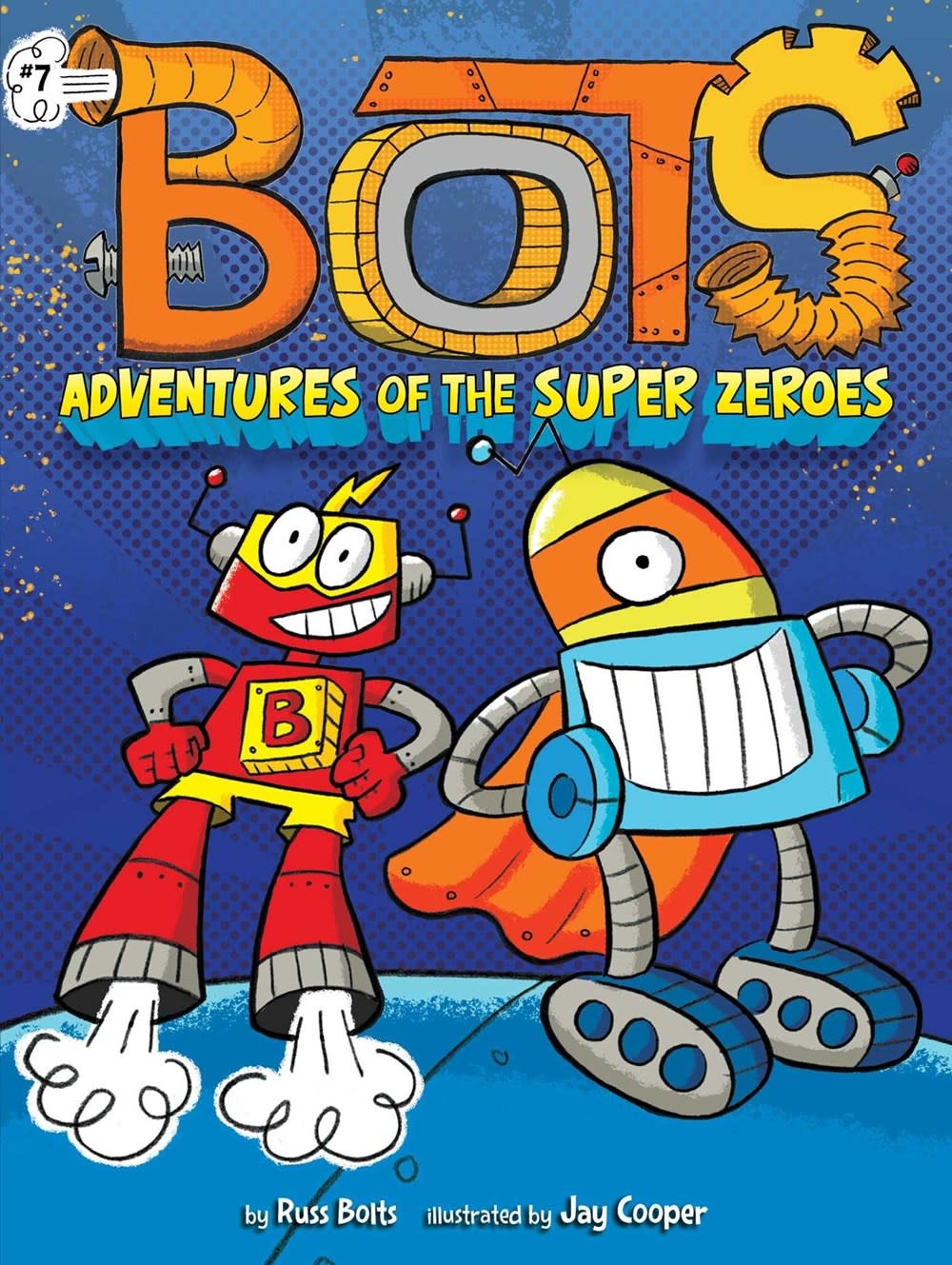 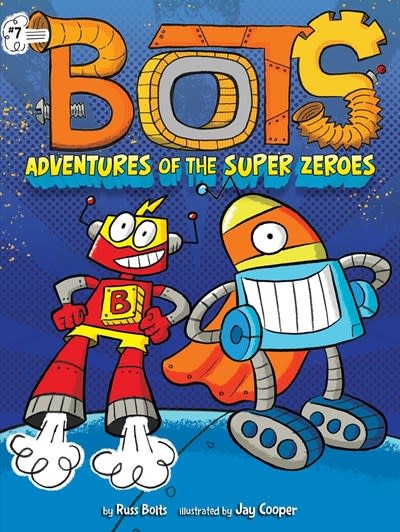 Bots 07 Adventures of the Super Zeroes

Joe and Rob discover they have superpowers in this seventh adventure in the hilarious Bots chapter book series.

Many years ago, scientists on Earth sent video satellites out to the end of the universe to see what was hiding in deep space. Now, years later, these satellites have begun sending their first videos back to Earth...and the stars of the show are two goofy robots.

Joe and Rob have just made a huge discovery…they have superpowers! Joe can fly! And Rob can…well, Rob is still figuring out what his superpower is, but still! Clearly this means they must become superheroes and save the day. But when they discover that their powers are kind of ordinary in the Bot world, can they be heroes without being super?

With easy-to-read language and graphic novel art on almost every page, the Bots chapter books are perfect for emerging readers.

Russ Bolts has always loved robots ever since he was a kid. He lives in New York City with his family and builds robot stories in his spare time. Bots is his first robot series.

Jay Cooper has worked as a creative director and designer of magazines, books, apparel. However, nothing makes him happier than creating and illustrating stories for kids. He lives with his wife and children in Maplewood, New Jersey. Visit him at JayCooper.CarbonMade.com.