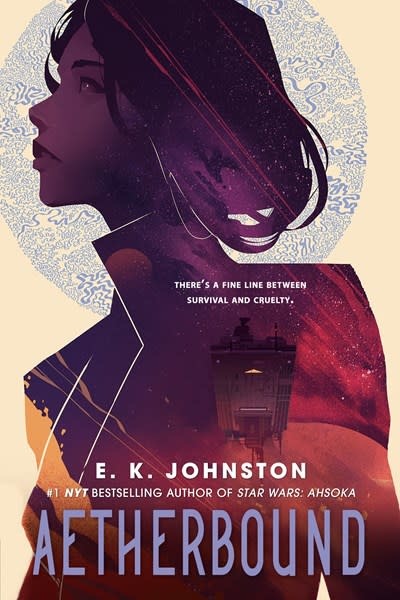 Set on a family-run interstellar freighter called the Harland and a mysterious remote space station, E. K. Johnston’s latest is story of survival and self-determination.

Pendt Harland’s family sees her as a waste of food on their long-haul space cruiser when her genes reveal an undesirable mutation. But if she plays her cards right she might have a chance to do much more than survive. During a space-station layover, Pendt escapes and forms a lucky bond with the Brannick twins, the teenage heirs of the powerful family that owns the station. Against all odds, the trio hatches a long-shot scheme to take over the station and thwart the destinies they never wished for.

E. K. Johnston is the #1 New York Times bestselling author of several YA novels, including the L.A. Time Book Prize finalist The Story of Owen and Star Wars: Ahsoka. Her novel A Thousand Nights was shortlisted for the Governor General’s Award. The New York Times called The Story of Owen “a clever first step in the career of a novelist who, like her troubadour heroine, has many more songs to sing” and in its review of Exit, Pursued by a Bear, The Globe & Mail called Johnston “the Meryl Streep of YA,” with “limitless range.” E. K. Johnston lives in Stratford, Ontario. Follow her on Twitter at @ek_johnston.