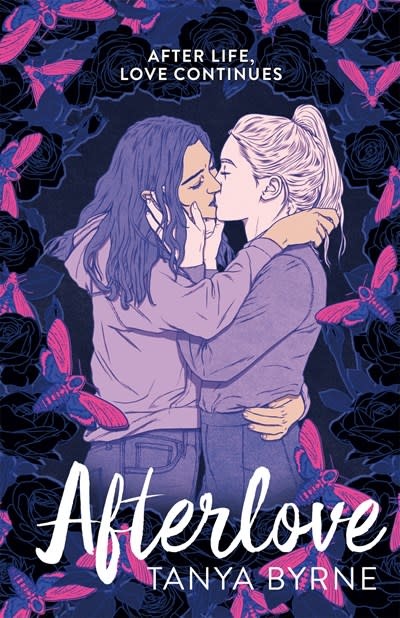 In this supernatural lesbian romance, a girl who becomes a grim reaper must figure out what the future holds - especially when it comes to the girlfriend she left behind.

As the last person to die before midnight on New Year's Eve, Ashana Persaud is bestowed the title of reaper, tasked with finding lost souls and helping them cross over. Only those close to death can perceive a reaper, so when Ashana runs into her girlfriend Poppy one lonely night - and Poppy recognizes her - they can't be sure if it's the second chance they've so desperately wished for, or a tragedy lying in wait.

Tanya Byrne is an award-winning author and freelance journalist who lives in Brighton. She has written three young adult novels, including Afterlove and her first book, Heart-Shaped Bruise, which earned her a nomination for New Writer of the Year at the National Book Awards. Tanya writes about LGBTQ characters in high concept worlds.