Home » Against All Odds: A True Story of Ultimate Courage & Survival in World War II 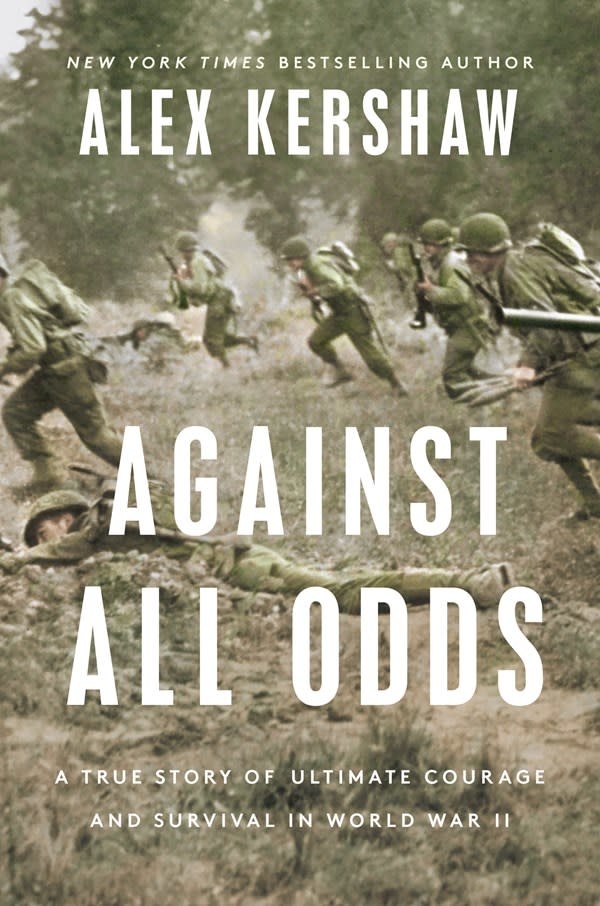 Against All Odds: A True Story of Ultimate Courage & Survival in World War II

During World War II, as the Allies raced to defeat Hitler, reporters learned of four American soldiers, all in the same regiment, who had earned medal after medal for battlefield heroism. They were the ultimate band of brothers: The dashing Captain Maurice “Footsie” Britt became the very first American to receive every award for valor in a single war. Michael Daly was a West Point dropout who risked his neck over and over to keep his men alive. Captain Keith Ware would one day become the most senior US general to die in Vietnam. In WWII, Ware’s life was saved by the finest soldier he ever commanded, a baby-faced Texan named Audie Murphy, an American legend who would one day become a celebrated Hollywood star. Soon, the newspapermen began to cover the four’s exploits like a football game, pitting one against another as if they were athletes trying to outdo each other. Who among them would gain the ultimate accolade as WWII’s most decorated soldier?

Tapping into personal interviews and a wealth of primary source material, Alex Kershaw has delivered his most gripping account yet of American courage. Together, these men helped defeat Nazi Germany’s finest troops, marching more than two thousand miles, from the deserts of North Africa to Hitler’s Eagle’s Nest in Bavaria, surviving more than six hundred days of increasingly merciless combat. They fought in every major campaign during the liberation of Europe, earning all of the nation’s awards for valor, including the Medal of Honor. Once the guns fell silent, the four would discover just how heavy the Medal of Honor could weigh, and how great the expectations associated with it could be. Having survived the most intense combat of WWII against all odds, this extraordinary brotherhood would fight just as hard to find peace.

Alex Kershaw is a journalist and a New York Times bestselling author of books on World War II. Born in York, England, he is a graduate of Oxford University and has lived in the United States since 1994.