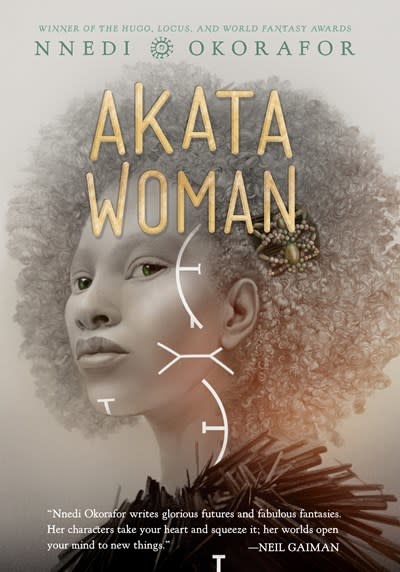 “In this series, Okorafor creates a stunningly original world of African magic that draws on Nigerian folk beliefs and rituals instead of relying on the predictable tropes of Western fantasy novels.”

From the moment Sunny Nwazue discovered she had mystical energy flowing in her blood, she sought to understand and control her powers. Throughout her adventures in Akata Witch and Akata Warrior, she had to navigate the balance between nearly everything in her life—America and Nigeria, the “normal” world and the one infused with juju, human and spirit, good daughter and powerful Leopard Person.

Now, those hard lessons and abilities are put to the test in a quest so dangerous and fantastical, it would be madness to go…but may destroy the world if she does not. With the help of her friends, Sunny embarks on a mission to find a precious object hidden deep in an otherworldly realm. Defeating the guardians of the prize will take more from Sunny than she has to give, and triumph will mean she will be forever changed.

Nnedi Okorafor is an international award-winning novelist of science fiction and fantasy for children and adults. Born in the United States to Nigerian immigrant parents, Nnedi is known for weaving African culture into evocative settings and memorable characters. Nnedi has received the World Fantasy, Hugo, Nebula, and Lodestar Awards, amongst others, for her books. Her fans include Neil Gaiman, Rick Riordan, John Green, and Ursula K. Le Guin. She holds a PhD in Literature and lives in the suburbs of Chicago with her daughter Anyaugo. Learn more at nnedi.com or follow her on Twitter @nnedi 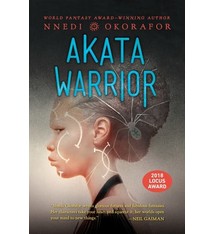 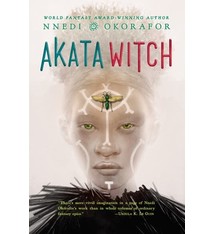