Home » All of Us Villains 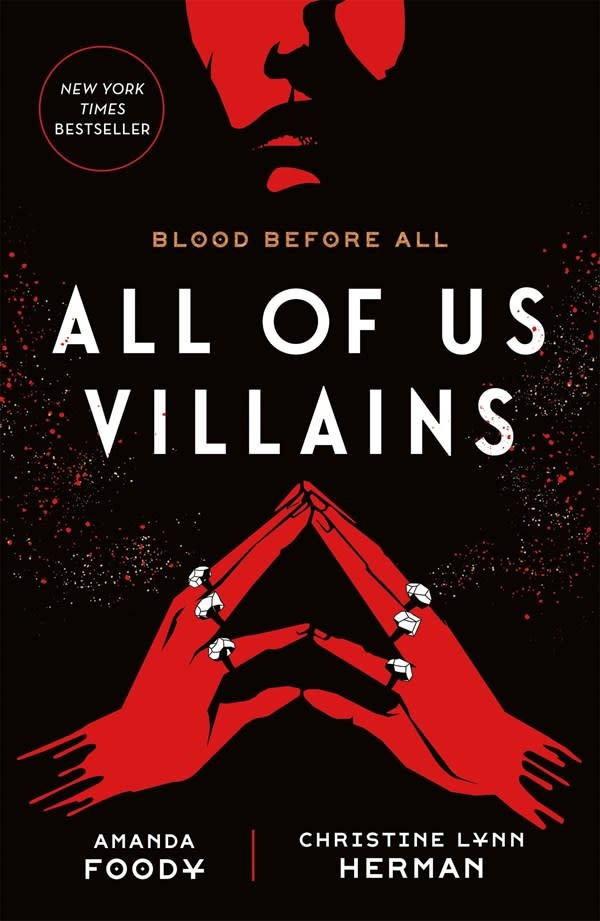 All of Us Villains

The blockbuster co-writing debut of two up-and-coming powerhouses, All of Us Villains is The Hunger Games with magic

You Fell in Love With the Victors of the Hunger Games.

Now Prepare To Meet the Villains of the Blood Veil.

Every generation, at the coming of the Blood Moon, seven families in the remote city of Ilvernath each name a champion to compete in a secret tournament to the death.

The prize? Exclusive control over a secret wellspring of high magick, the most powerful resource in the world—one thought long depleted.

But this year a scandalous tell-all book has exposed the tournament and thrust the seven new champions into the worldwide spotlight. The book also granted them valuable information previous champions never had—insight into the other families’ strategies, secrets, and weaknesses. And most importantly, it gave them a choice: accept their fate or rewrite their legacy.

Either way, this is a story that must be penned in blood.

AMANDA FOODY has always considered imagination to be our best attempt at magic. She is a New York Times and indie bestselling author of YA and children’s fantasy novels, including the All of Us Villains duology, the Wilderlore series, The Shadow Game series, and more. You can find her on Instagram at @amandafoody or at amandafoody.com.

CHRISTINE LYNN HERMAN is the New York Times and indie bestselling author of novels about magic, monsters, and growing up, including the All of Us Villains duology, The Devouring Gray duology, and The Drowning Summer. Writing updates (and cat pictures) can be found on Instagram at @christineexists or at christinelynnherman.com.