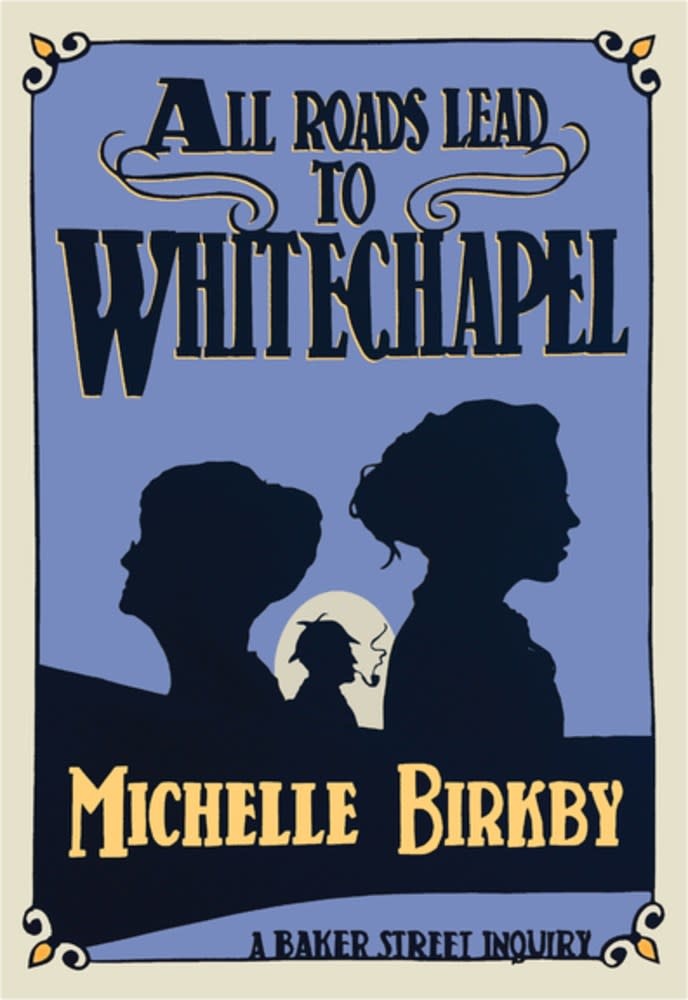 When the great Sherlock Holmes declines to help a desperate bride, Mrs. Hudson (his housekeeper) and Mary Watson (wife to the Doctor) take up sleuthing on their own. Their efforts lead them to the slums of Whitechapel, where Jack the Ripper appears still to be busy. With women in terrible danger, it seems fitting that women will set things right.

The women in Sherlock Holmes’s life have grown tired of toiling in his shadow. Matters come to a head when the Great Man declines to help a desperate young bride, prompting Mrs. Hudson (Holmes’s housekeeper) and Mary Watson (wife to the good Doctor) to set up a sleuthing shop of their own, operating out of the kitchen at 221B Baker Street. Every clue they untangle leads to, yes, the grim slums of Whitechapel, where Jack the Ripper appears still to be busy with his carving knives. With so many women in terrible danger, it seems only appropriate that it’s women who will set things right.

Michelle Birkby wrote her first book at the age of seven. It was about a bunny rabbit, and the rabbit survived the book. Over the next thirty years, Michelle set her hand to fanfic, romance, science fiction, and ghost stories, and all these endeavors had one thing in common: At least one of the characters ended up dead. In the end, she yielded to the inevitable and started writing crime fiction, where she could scatter around as many dead bodies as she liked.Michelle's employment history has been similarly diverse. She has worked as a tour guide in a prophetess-cave, a library assistant, a film extra, and at McDonald's, and in her spare time she has acted, belly-danced, and had a lot of fun at sci-fi conventions. Her heart, however, has always been with stories—reading them, writing them, dreaming them up. These days she does most of her dreaming in London. She did at one point have a hamster called Boris, but that story did not end well (see above re: dead bodies), and these days she lives alone.