Home » Bad Nana: All the Fun of the Fair 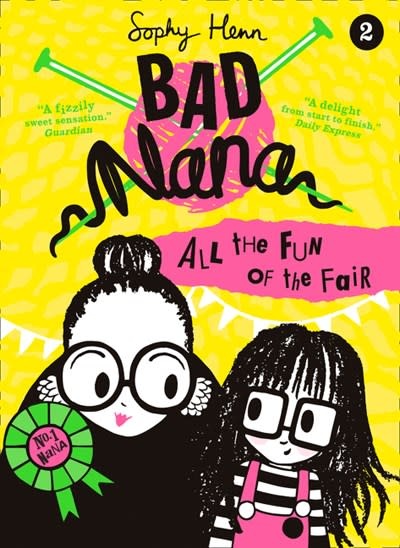 Bad Nana: All the Fun of the Fair

The second book in the wickedly funny series for ages six and up from the creator of Where Bear?, Pass It On and the Pom Pom series, with colour illustrations throughout.

Hi! I’m Jeanie – 7 ¾ years old, and a BIG fan of badges.BAD NANA is one of my three grandmas (yes, three). Of course, “Bad Nana” isn’t actually her actual name – but it’s what everyone has been calling her for MILLIONS of years. If I had MY way, I would call her “Fun Nana”, because she is actually brilliant. Yes, she’s a bit NAUGHTY sometimes, but in an EXCELLENT way.My Dad says she really should know better, but I think she’s so bad, she’s GOOD!The second instalment in the wickedly funny series, from superstar author and illustrator Sophy Henn.