Home » All the Tides of Fate 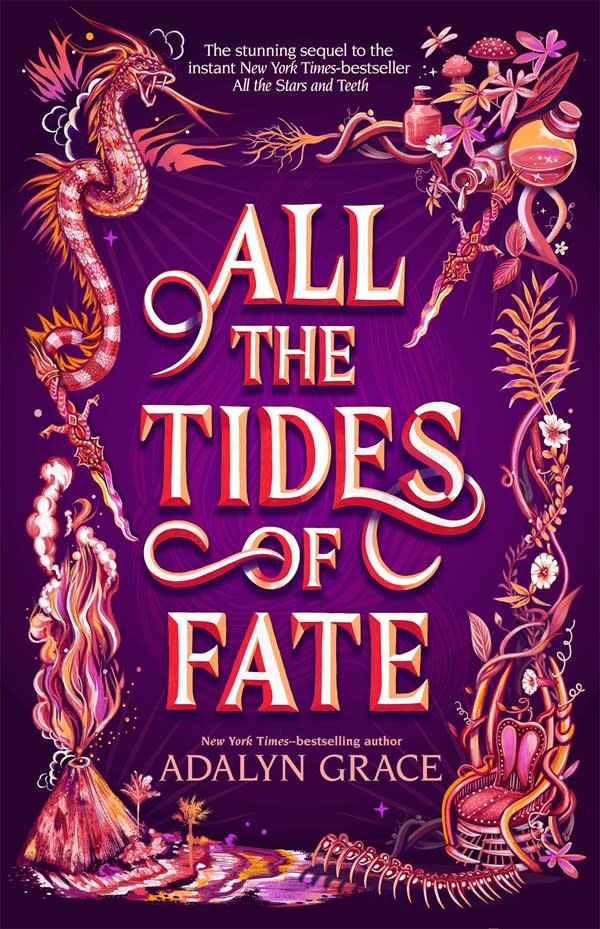 All the Tides of Fate

The sequel to the New York Times-bestseller All the Stars and Teeth, this high-stakes YA fantasy sails further into the dangerous magics of an island kingdom.

Instant New York Times–bestseller All the Stars and Teeth was called “captivating” by Tomi Adeyemi, “vicious and alluring” by Hafsah Faizal, and “phenomenal” by Adrienne Young. Now author Adalyn Grace is back with more high seas adventure.

Amora has conquered a rebellion and taken her throne. But she’s lost her magic—a secret that could kill her if discovered. And the cursed soul she shares with the pirate Bastian threatens to doom them both. Desperate, she takes her crew on a quest for a mythical artifact that may resurrect her magic, but at a terrible cost.

In a queendom of adventure, battle, and betrayal, Amora tries to balance ruling with her loyalty to her crew and the desires of her heart. She will soon discover that the power to rule might destroy her.