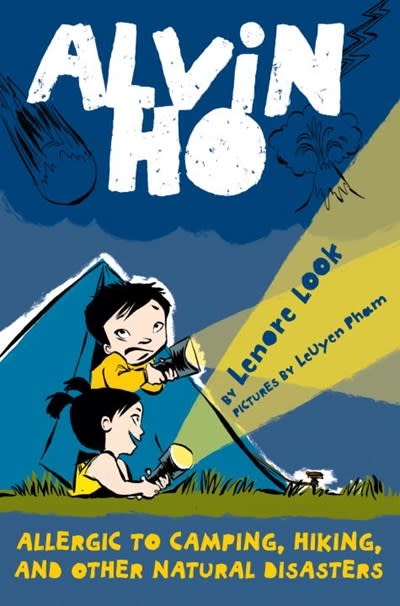 Alvin Ho #2 Allergic to Camping, Hiking, and Other Natural Disasters

Here's the second book in the beloved and hilarious Alvin Ho chapter book series, which has been compared to Diary of a Wimpy Kid and is perfect for both beginning and reluctant readers.

Alvin, an Asian American second grader who's afraid of everything, is back, and his worst fear has come true: he has to go camping. What will he do exposed in the wilderness with bears and darkness and . . . pit toilets? Luckily, he’s got his night-vision goggles and water purifying tablets and super-duper heavy-duty flashlight to keep him safe. And he’s got his dad, too.