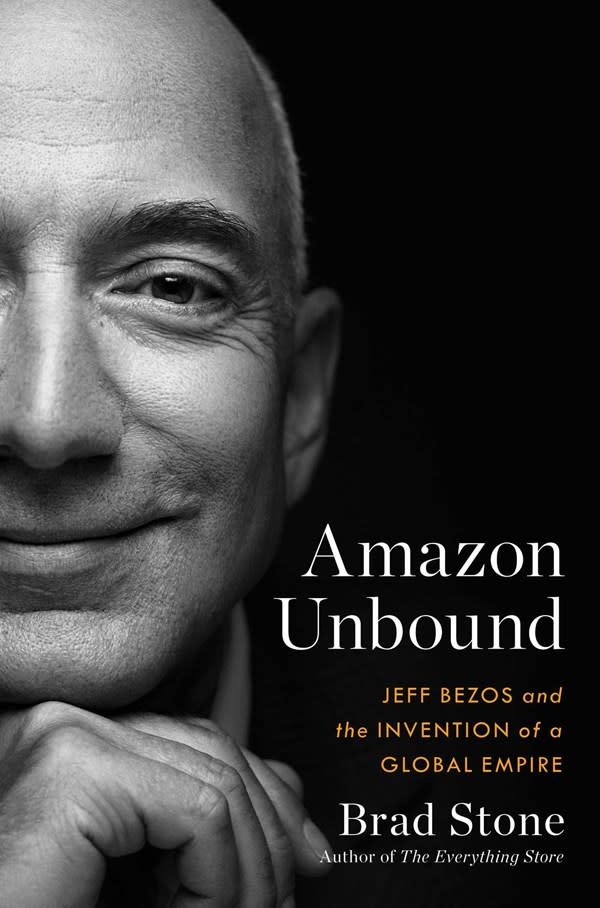 From the bestselling author of The Everything Store, an unvarnished picture of Amazon’s unprecedented growth and its billionaire founder, Jeff Bezos, revealing the most important business story of our time.

Almost ten years ago, Bloomberg journalist Brad Stone captured the rise of Amazon, an internet pioneer quietly changing the way we shop online, in his bestseller The Everything Store. But ever since, Amazon has expanded exponentially, inventing novel products like Alexa and disrupting countless industries, while its workforce has quintupled in size and its valuation has soared to well over a trillion dollars. Jeff Bezos’s empire, once housed in a garage, now spans the globe. Between services like Whole Foods, Prime Video, and Amazon’s cloud computing unit, AWS, plus Bezos’s ownership of The Washington Post, it’s impossible to go a day without encountering its impact. We live in a world run, supplied, and controlled by Amazon and its iconoclast founder.

In Amazon Unbound, Brad Stone presents a deeply reported, vividly drawn portrait of how a retail upstart became one of the most powerful and feared entities in the global economy. With unprecedented access to current and former executives, employees, regulators, and critics, Stone shows how seismic changes inside the company over the past decade led to dramatic innovations, as well as to missteps that turned public sentiment against its sharp-elbowed business practices and gameshow treatment of its search for a second headquarters.

Stone also probes the evolution of Bezos himself—who started as a geeky technologist totally devoted to building Amazon, but who transformed to become a fit, disciplined billionaire with global ambitions; who ruled Amazon with an iron fist, even as he found his personal life splashed over the tabloids. As his empire expands, the book investigates how Bezos gradually pulled away from day-to-day activities at Amazon to focus on his many interests outside of it, announcing his momentous transition from CEO to executive chairman.

Definitive, timely, and revelatory, Stone has provided an unvarnished portrait of a man and company that we couldn’t imagine modern life without.

Brad Stone is senior executive editor of global technology at Bloomberg News. He is the author of the New York Times bestseller The Everything Store: Jeff Bezos and the Age of Amazon, which has been translated into over thirty-five languages, and The Upstarts: Uber, Airbnb, and the Battle for the New Silicon Valley. He has covered Silicon Valley for more than twenty years and lives in the San Francisco Bay area.