Home » America on Fire: The Untold History of Police Violence & Black Rebellion Since the 1960s 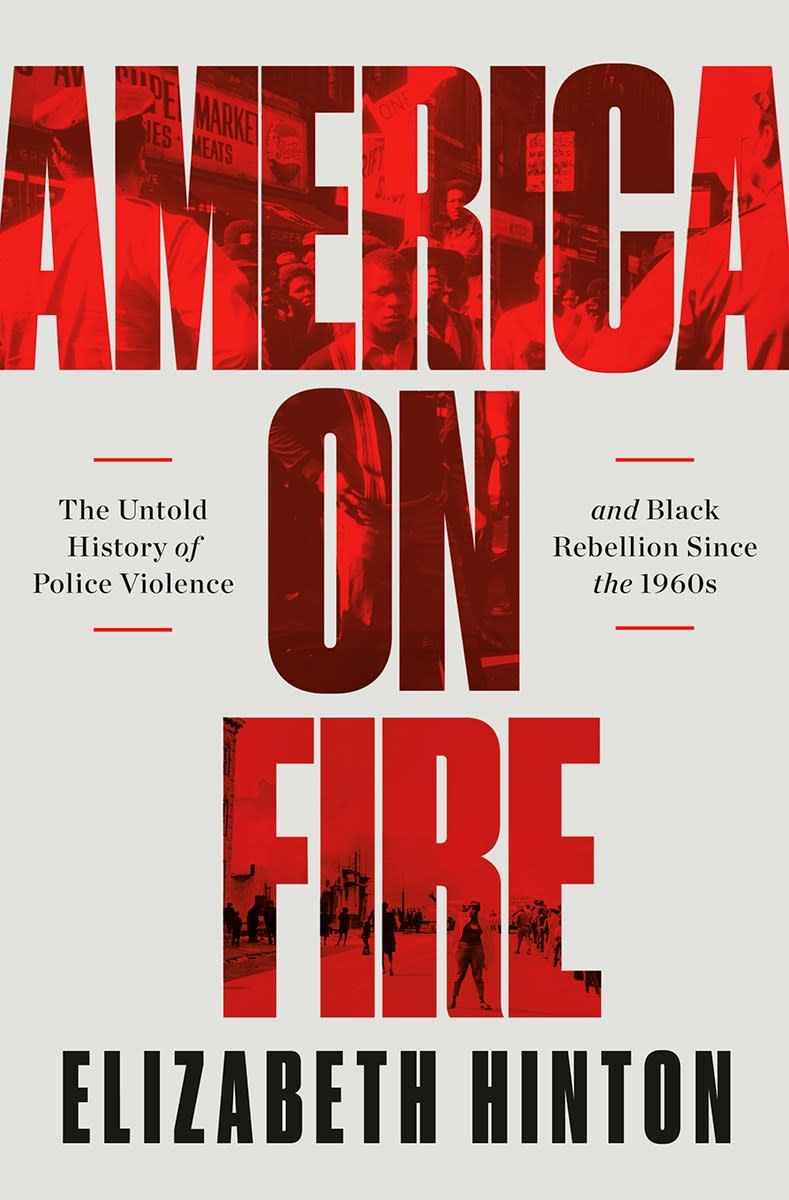 America on Fire: The Untold History of Police Violence & Black Rebellion Since the 1960s

"If you want to understand the massive antiracist protests of 2020, put down the navel-gazing books about racial healing and read America on Fire." —Robin D. G. Kelley, author of Freedom Dreams: The Black Radical ImaginationFrom one of our top historians, a groundbreaking story of policing and “riots” that shatters our understanding of the post–civil rights era.

What began in spring 2020 as local protests in response to the killing of George Floyd by Minneapolis police quickly exploded into a massive nationwide movement. Millions of mostly young people defiantly flooded into the nation’s streets, demanding an end to police brutality and to the broader, systemic repression of Black people and other people of color. To many observers, the protests appeared to be without precedent in their scale and persistence. Yet, as the acclaimed historian Elizabeth Hinton demonstrates in America on Fire, the events of 2020 had clear precursors—and any attempt to understand our current crisis requires a reckoning with the recent past.Even in the aftermath of Donald Trump, many Americans consider the decades since the civil rights movement in the mid-1960s as a story of progress toward greater inclusiveness and equality. Hinton’s sweeping narrative uncovers an altogether different history, taking us on a troubling journey from Detroit in 1967 and Miami in 1980 to Los Angeles in 1992 and beyond to chart the persistence of structural racism and one of its primary consequences, the so-called urban riot. Hinton offers a critical corrective: the word riot was nothing less than a racist trope applied to events that can only be properly understood as rebellions—explosions of collective resistance to an unequal and violent order. As she suggests, if rebellion and the conditions that precipitated it never disappeared, the optimistic story of a post–Jim Crow United States no longer holds.Black rebellion, America on Fire powerfully illustrates, was born in response to poverty and exclusion, but most immediately in reaction to police violence. In 1968, President Lyndon Johnson launched the “War on Crime,” sending militarized police forces into impoverished Black neighborhoods. Facing increasing surveillance and brutality, residents threw rocks and Molotov cocktails at officers, plundered local businesses, and vandalized exploitative institutions. Hinton draws on exclusive sources to uncover a previously hidden geography of violence in smaller American cities, from York, Pennsylvania, to Cairo, Illinois, to Stockton, California.The central lesson from these eruptions—that police violence invariably leads to community violence—continues to escape policymakers, who respond by further criminalizing entire groups instead of addressing underlying socioeconomic causes. The results are the hugely expanded policing and prison regimes that shape the lives of so many Americans today. Presenting a new framework for understanding our nation’s enduring strife, America on Fire is also a warning: rebellions will surely continue unless police are no longer called on to manage the consequences of dismal conditions beyond their control, and until an oppressive system is finally remade on the principles of justice and equality.

Elizabeth Hinton is associate professor of history and African American studies at Yale University and a professor of law at Yale Law School. The author of From the War on Poverty to the War on Crime, she lives in New Haven, Connecticut.