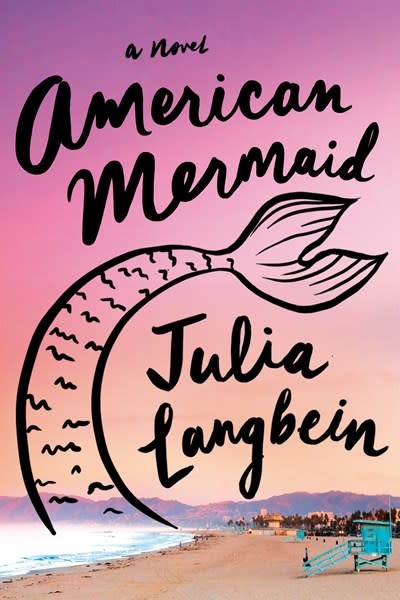 A brilliantly funny debut novel that follows a writer lured to Los Angeles to adapt her feminist mermaid novel into a big-budget action film, who believes her heroine has come to life to take revenge for Hollywood's violations.

"I was hooked from the first page. American Mermaid is brilliantly sharp, funny, and thought-provoking, the gripping story of a woman trying to find her way in our chaotic world." —Madeline Miller, bestselling author of Circe

Broke English teacher Penelope Schleeman is as surprised as anyone when her feminist novel American Mermaid becomes a best-seller.  Lured by the promise of a big payday, she quits teaching and moves to L.A. to turn the novel into an action flick with the help of some studio hacks. But as she's pressured to change her main character from a fierce, androgynous eco-warrior to a teen sex object in a clamshell bra, strange things start to happen. Threats appear in the screenplay; siren calls lure Penelope’s co-writers into danger.  Is Penelope losing her mind, or has her mermaid come to life, enacting revenge for Hollywood’s violations?

American Mermaid follows a young woman braving the casual slights and cruel calculations of a ruthless industry town, where she discovers a beating heart in her own fiction, a mermaid who will fight to move between worlds without giving up her voice. A hilarious story about deep things, American Mermaid asks how far we’ll go to protect the parts of ourselves that are not for sale.

JULIA LANGBEIN, a sketch and standup comedian for many years, holds a doctorate in Art History and is the author of a non-fiction book about comic art criticism (Laugh Lines, Bloomsbury Visual Arts, 2022). She wrote the viral comedy blog The Bruni Digest (2003-7), which reviewed New York Times critic Frank Bruni's restaurant reviews every week and has since written about food, art and travel for Gourmet, Eater, Salon, Frieze and other publications. A native of Chicago, she lives outside of Paris with her family.