Home » Among the Ruins: Arnold Genthe’s Photographs of the 1906 San Francisco Earthquake & Firestorm 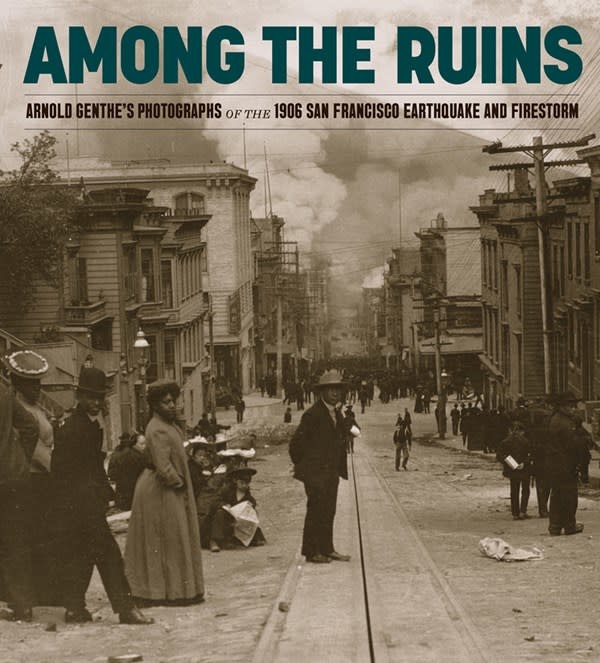 Among the Ruins: Arnold Genthe’s Photographs of the 1906 San Francisco Earthquake & Firestorm

Berlin-born photographer Arnold Genthe (1869–1942) was an established member of San Francisco’s art community when disaster struck on April 18, 1906. Though Genthe lost much of his photographic equipment and most of his negatives in the inferno that swept through the city that day, he borrowed a pocket camera and immediately began to document the destruction, ultimately producing more than 170 views starting within hours of the earthquake and continuing for several weeks. Unlike the many commercial photographers who cashed in on the demand for earthquake-related imagery, Genthe printed few of his negatives and rarely displayed them. After the artist’s death in 1942, the Legion of Honor purchased his original earthquake negatives, and, in 1956, the museum contracted Ansel Adams to print twenty-two of the works in honor of the fiftieth anniversary of the disaster—however, the majority of Genthe’s views of the disaster were only accessible in the form of small contact prints. With 2018 marking the 75th anniversary of this important acquisition, the curators and conservators of the Achenbach Foundation for Graphic Arts embarked on an ambitious project: the team digitally scanned, catalogued, and published this important body of work. Like the exhibition, this book will provide an overview of Genthe’s life and work, trace his journey on April 18, 1906, and illustrate the aftermath of the disaster in terms of the impact on the city’s infrastructure and its residents. Due to the Achenbach’s undertaking, many of the photographs in the catalogue will be newly printed from ultra-high-resolution scans created from the original negatives, making this catalogue the definitive collection of Genthe’s work.

Karin Breuer is curator in charge of the Achenbach Foundation for Graphic Arts. Victoria Binder is conservator of works on paper at the Fine Arts Museums of San Francisco. James A. Ganz is senior curator of photographs at the J. Paul Getty Museum in Los Angeles. Carolin Görgen is Associate Professor of American Studies at Sorbonne Université, Paris, France. Richard Misrach is a contemporary American photographer. Barret Oliver is a photographer and specialist in 20th-century printmaking. Colleen Terry is assistant curator for the Achenbach Foundation for Graphic Arts.