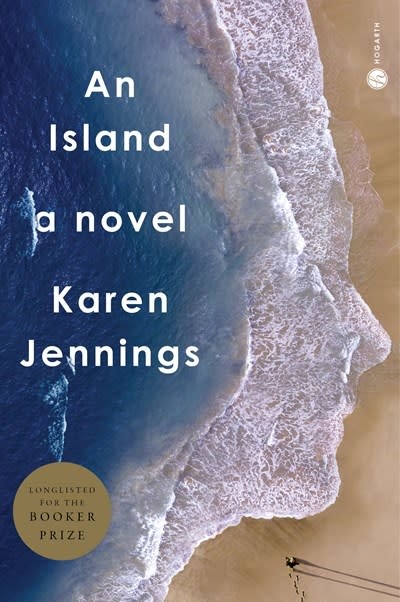 LONGLISTED FOR THE BOOKER PRIZE • A “powerful” (The Guardian) novel about a lighthouse keeper with a mysterious past, and the stranger who washes up on his shores—the American debut of a major new voice in world literature.

Samuel has lived alone on a small island off the coast of an unnamed African country for more than two decades. He tends to his garden, his lighthouse, and his chickens, content with a solitary life. Routinely, the nameless bodies of refugees wash ashore, but Samuel—who understands that the government only values certain lives, certain deaths—always buries them himself.

One day, though, he finds that one of these bodies is still breathing. As he nurses the stranger back to life, Samuel—feeling unsettled and strangely threatened—is soon swept up in memories of his former life as a political prisoner on the mainland: a life that saw his country exploited under colonial rule, followed by a period of revolution and a brief, hard-won independence, only for the cycle of suffering to continue under a cruel dictator. And he can’t help but recall his own shameful role in that history. In this stranger’s presence he begins to consider, as he did in his youth: What does it mean to own land, or to belong to it? And what does it cost to have—and lose—a home?

A timeless and gripping portrait of regret, fear, and the extraordinary stakes of companionship, An Island is a story as page-turning as it is profound.

Karen Jennings is a South African writer and a PhD of history candidate at the University of Johannesburg. She splits her time between São Paulo, Brazil, and Cape Town, South Africa. An Island is her American debut.