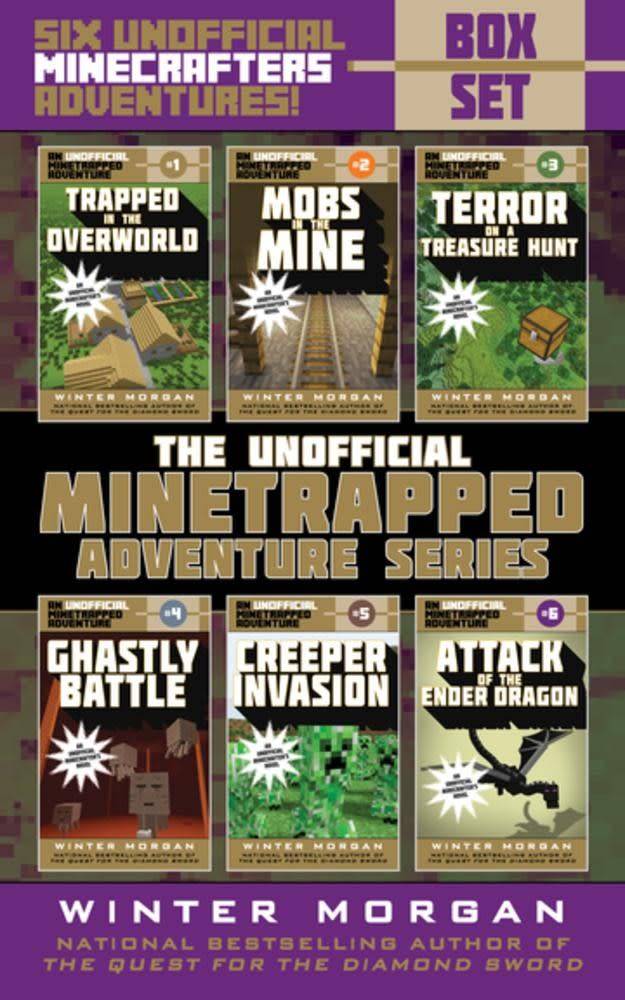 Packaged together for the first time in a collectible box set, all six books from Winter Morgan’s bestselling Unofficial Minetrapped Adventure series!

Simon, Michael, and Lily are playing on a multiplayer server when a strange lightning storm hits their town, and they all get sucked into the game! Stuck in the Overworld, they find themselves not only transformed into Minecraft characters but besieged by the archenemy Mr. Anarchy! Over the course of six novels, the trio faces creepers, griefers, ghasts, mobs, monsters, and more! Friendships are tested, unlikely allies emerge, and treasure is found in this thrilling series by bestselling author Winter Morgan. Included in this box set are the following novels: