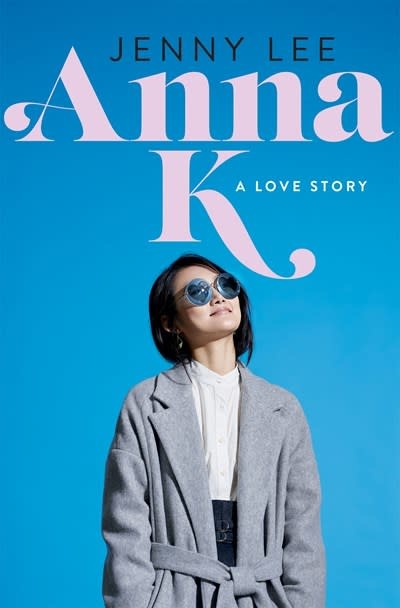 Meet Anna K. At seventeen, she is at the top of Manhattan and Greenwich society (even if she prefers the company of her horses and dogs); she has the perfect (if perfectly boring) boyfriend; and she has always made her Korean-American father proud (even if he can be a bit controlling). Meanwhile, Anna's brother, Steven, and his girlfriend, Lolly, are trying to weather a sexting scandal; Lolly’s little sister, Kimmie, is recalibrating after an injury derails her ice dancing career; and Steven’s best friend, Dustin, is madly (and one-sidedly) in love with Kimmie.

As her friends struggle with the pitfalls of teenage life, Anna always seems to sail gracefully above it all. That is, until the night she meets Alexi “Count” Vronsky. A notorious playboy, Alexi is everything Anna is not. But he has never been in love until he meets Anna, and maybe she hasn’t, either. As Alexi and Anna are pulled irresistibly together, she has to decide how much of her life she is willing to let go to be with him. And when a shocking revelation threatens to shatter their relationship, she is forced to ask if she has ever known herself at all.

Dazzlingly opulent and emotionally riveting, Anna K is a brilliant reimagining of Leo Tolstoy’s timeless love story, Anna Karenina—but above all, it is a novel about the dizzying, glorious, heart-stopping experience of first love and first heartbreak.

Jenny Lee is a television writer and producer who has worked on BET’s Boomerang, IFC’s Brockmire, Freeform’s Young & Hungry, and the Disney Channel’s number-one-rated kids' show, Shake It Up. Jenny is the author of four humor essay collections and two middle grade novels. Anna K: A Love Story is her debut YA novel. She lives in Los Angeles with her husband and 135-pound Newfoundland, Gemma (and yes, it’s a toss-up on who's walking who every day). Instagram: @jennyleewrites