Home » Answers in the Pages 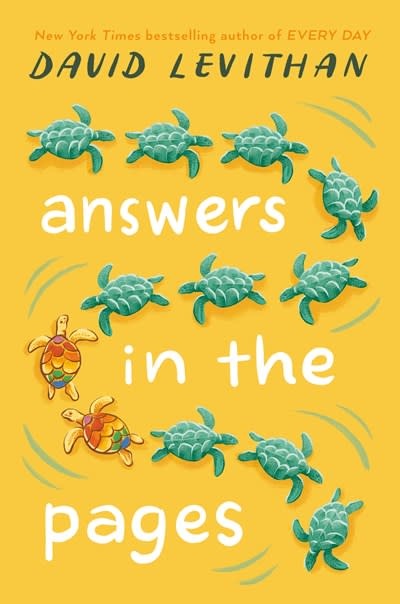 Answers in the Pages

Three stories of speaking up and coming out converge in one epic confrontation as parents lobby to ban a book from the middle school curriculum in New York Times-bestselling author David Levithan’s explosive new novel.

Donovan didn’t mean for this to happen. When he left his book on the counter, he didn’t think he mom would read it—much less have a problem with it. It’s just an adventure novel!…Right?

But before Donovan even has the chance to hear her point of view, his mom is calling other parents of his classmates. She’s setting up meetings with the principal. She’s trying to get the book removed from the district curriculum.

Donovan doesn’t really know if the two boys fall in love at the end or not—but he does know this: even if they do, the book shouldn’t be banned from school.

Interspersed with this thread, readers will experience chapters of the banned book itself—and the coming out and first love story of its author. With epic feelings and his signature panache, David Levithan delivers a brilliantly crafted story of three kids standing at crossroads. What do you do when you disagree with the adults calling the shots? How do you raise your voice and fight back?

Some of David Levithan’s many acclaimed novels and story collections include 19 Love Songs, Every Day, Two Boys Kissing, and Boy Meets Boy. His bestselling collaborations include Nick & Norah’s Infinite Playlist, Dash and Lily’s Book of Dares, and The Twelve Days of Dash & Lily (written with Rachel Cohn) and Will Grayson, Will Grayson (written with John Green). David was named the recipient of the Margaret A. Edwards Award for his contribution to YA literature. You can learn more about him at davidlevithan.com and follow him on Twitter at @loversdiction.